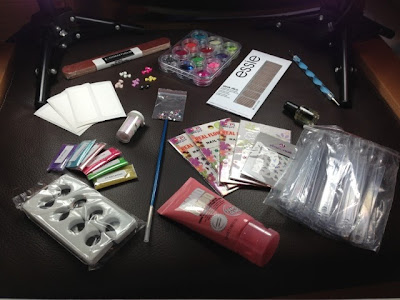 So today is the day I launched my 10,000 subscriber giveaway.  Officially my main You Tube Channel hit 10,000 subscribers three days ago but I've had such a busy week that this was the first day I was able to put everything together into some sort of a video.

Laughably the voiceover for the giveaway video actually took me an hour and a half to do.  I stuttered, I stumbled and I knew you could barely understand what I was saying so I recorded it again.. and again... but you were all worth it !!

Anyway - I know when You Tubers say 'thank you' it's always really cheesey and a bit naff (come on admit it!) but genuinely if you're a subscriber of mine then you don't actually know how valueable you are to me.  Put it this way - not all of my videos may have been what you were hoping to watch / a design you liked / whatever but you've stuck by me regardless.

The full list of proper rules are in the 'about' tab of the video, but as I say they're nothing too crazy.

Anyway - I think that's all for this post.  Why don't you enter?  The winner will be chosen by Random.org on the 8th August 2013.