Hello bandwagon - I'm about to climb aboard!  I have been after trying the Maybelline Baby Lips Lip Balm after watching Life In Polish's You Tube Review Video.  She was so enthusiastic about them that it sold me straight away, so when I saw that they'd finally hit the UK I went to Boots every few days like an utter saddo until I finally saw them.

At this point I thought I was only going to get three and the one I wanted the most was 'Cherry Me' for the scent, so you can imagine my face when Bezzie and I pulled up at Boots and the only one that wasn't there was that one! Now somehow in my waffling to Bezzie about them, I'd unknowingly convinced her that she needed them in her life as well so we picked up three each (it was 3 for 2) paid and then got in the car.  Now... do I admit to the next bit? Ok I will because I feel like if you're reading this you probably have the same beauty junkie ways... I drove us to Superdrug to see if they had Cherry Me in as we both wanted it.

We got there and there wasn't even a space on the Maybelline stand for the Baby Lips line but like a true beauty addict I still found other things to buy (which I did tweet if you follow me / tolerate me on Twitter.)  Anyway so we're at the till and Bezzie nearly pees her pants squealing, there's a pathetic little cardboard tray there with a few in... and only one Cherry Me.  Dilemma.  We decided to stick with what we already had and order the remaining flavours online so we both had all six.

Now for the review.. 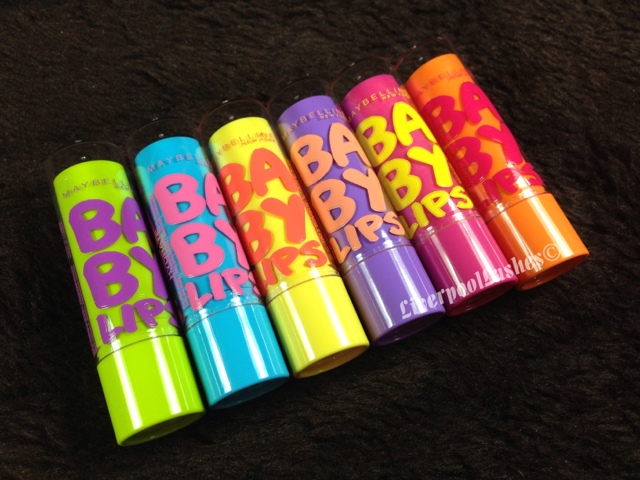 Let's do the introductions... From left to right of the above photo (please note that in the States a few have a different name for the same product) 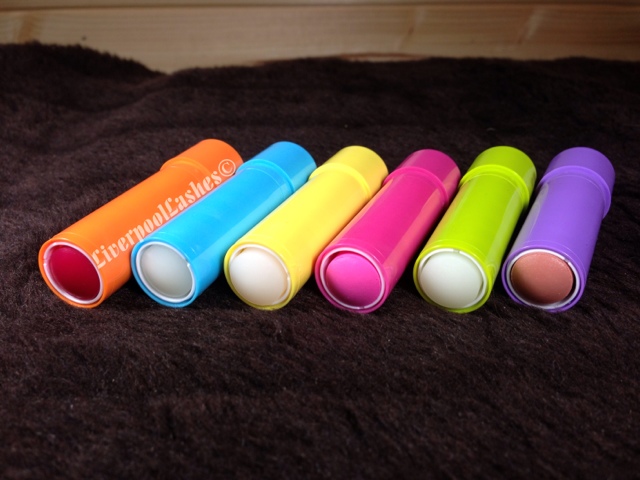 In a nutshell there's three that are a clear lip balm and they have an SPF20.  Bizarrely the three fruity flavours do not have SPF in them but are pigmented.  Maybelline claim to give hydration for 8 hours but the biggest thing for alot of people is the scent which are:


* Mint Fresh (aka 'Peppermint' in the States) is literally a peppermint lip balm that tingles ever so slightly for a second but not like some that tingle for ages to the point where as I often wipe it off again.

* Intense has an almond scent, along the lines of a bakewell tart.

* Peach Kiss is a pleasant sweet scent that is vaguely like peaches but has a nude style pigment to it which redeems it.

* Pink Punch is a dribble-worthy scent of fruit punch along with the bright pink pigment as you can see below.

* Cherry Me is exactly what I was hoping for, that sweet cherry scent that I associate with candy in the States along with a sheer red gloss. 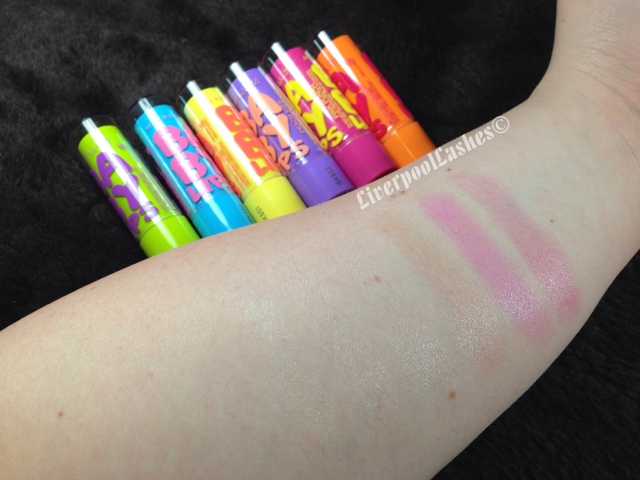 The bottom line is... I love the packaging, it's fun, bright and cheerful.  At £2.99 (but 3 for 2) it's a decent price for the product.  If you're looking for longevity you'd probably best give this one a miss as it didn't feel like it lasted more than an hour on my lips, however as they're so simple to apply and a mirror isn't required it's not too much of a problem.

I think they'd be perfect for a little present for a teenager getting into make up etc and I'll be using mine to sit on my lips as I apply my make up in preparation for a lipstick or for days that I've wanted something more subtle.

I probably wouldn't buy them again (I say probably as these are going to last me pretty much forever) but if you're going to be treating yourself to them then I'd say only get one clear one and maybe the pigmented ones that you'll wear...!

Fun fact for this blog post...
I took my fresh-out-the-packaging-and-unswatched Baby Lips outside for some lovely bright garden shots but when I was going back into the house I dropped one and the lid cracked.  Can you guess which one?  Of course it was 'Cherry Me' and to top the lot I didn't end up using the photos anyway.
Posted by Karen Carter at 8:12 pm