Today's post is going to be all about a product that seems to be known to every You Tuber and blogger, that is MAC's Fix +.

Described by MAC as:

"An aqua-spritz of vitamin and minerals, infused with a calm-the-skin blend of green tea, chamomile, cucumber, topped off with the fresh, natural, energising scent of Sugi. Adds radiance, finishes makeup. Spray it on. Skin drinks it up!" 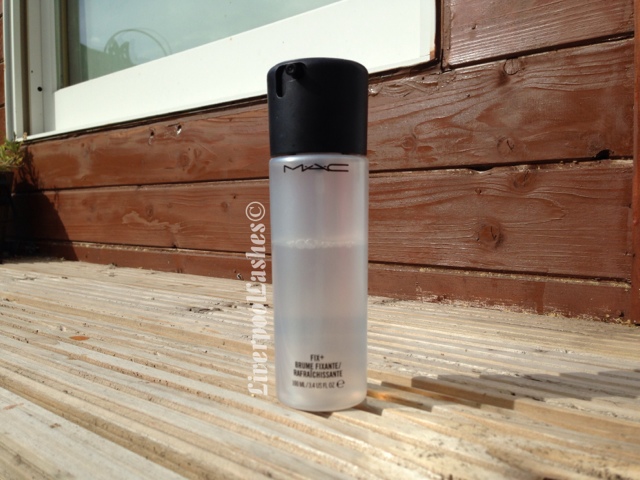 It has a slight scent which is really subtle.  If I'd have known it was meant to be cucumber I would never have ordered it although I wouldn't say that it smells like that!  The nozzle sprays a really fine, even mist which I love and the pump has a twist on the lid to stop it spraying whilst in storage.

I bought it originally because I had watched a video on foiling eye shadows and really liked the concept.  It does work really well for this but then so would tap water.  I think the only convenience in this instance would be if you were a make up artist on photoshoot and maybe not have a sink nearby.

I believe there's a lot of other ways of using it including using it as a make up setting spray although to be honest I've never had much luck with that as it just seems like you're spraying your face with water which obviously isn't going to set anything.  For me the most useful way to use MAC Fix + is for days when you've simply gone over the top on the powder, a few sprays of this bad boy and your face looks like skin again!

The bottom line is.. I do feel like this is a glorified - nearly £15 - water spray.  I have been using in quite a bit recently for when I've gone wild with my powder but I know that if I had a fine mist spray bottle with water in I would get the same effect.  In the height of summer it's a good refreshing spray as well as being convenient for foiling pigments.  I think the long and short of it is I'll continue to use the rest of the bottle up but once it's finished I will just use an actual make up setting spray like the Urban Decay ones as they too calm down an over-powdered face.  On the very rare occasion I foil eye shadows I will just use plain old water!

Sidenote: Hats off to the clever people at MAC who also made sure their bottle can't just be refilled with water - it's like they know that their luck is up once you've bought your first bottle!

Email ThisBlogThis!Share to TwitterShare to FacebookShare to Pinterest
Labels: MAC, make up