Today's post is all about the Dr Who themed nails I did last night.  Ali was after themed nails as it's one of her boyfriend's favourite programmes, for a surprise for their 6th anniversary today (congratulations you lot!) 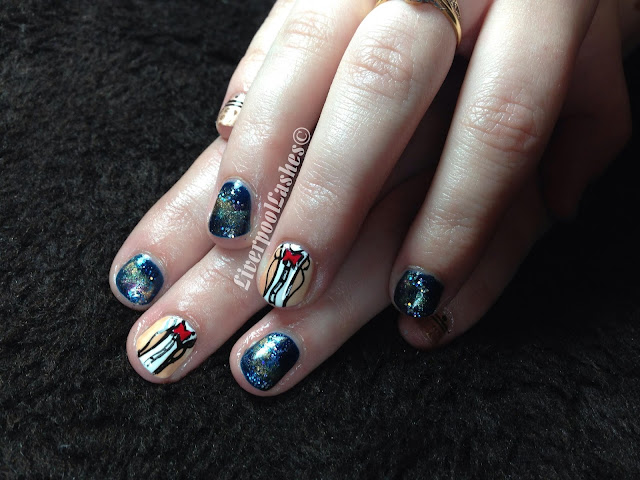 So I'll go through what I used just in case anyone wants to recreate it.  Ali admits that some of her nails are a little short so options were more limited on certain nails.  Galaxy nails were not only perfect for the theme but also it meant we could pick the best nails for the hand painted designs. 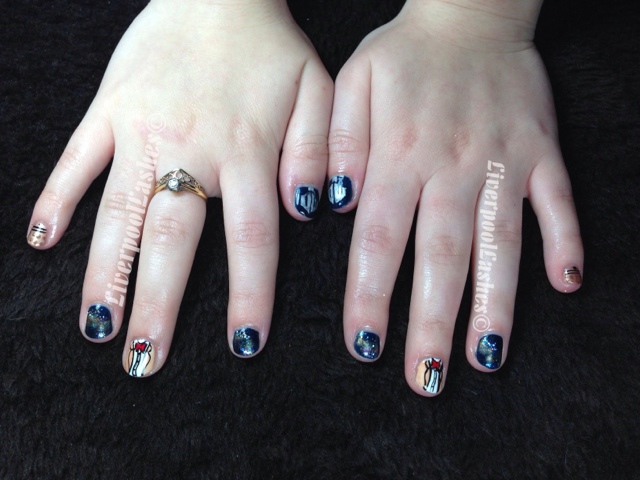 So for the Dalek nails I used Iced Cappuccino as the base colour, Sugared Spice for the dots and black polish for the stripes and dot.

The jacket and bow tie nails were created with a Cream Puff base, Cocoa for the jacket itself.  Again I used black polish for the outlines and Wildfire for the bow tie. 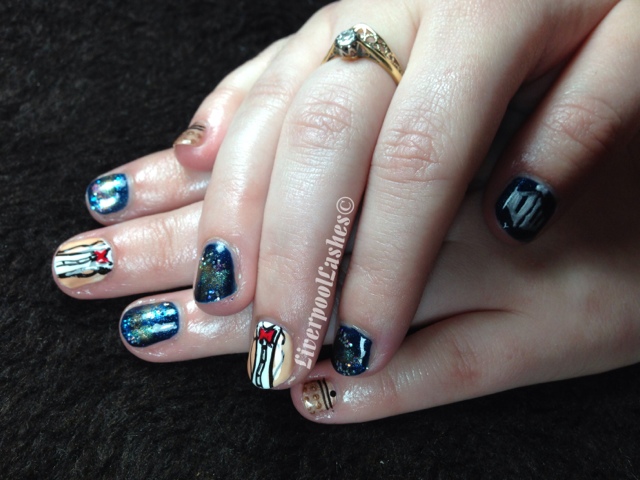 For the galaxy nails I used Midnight Swim for the base.  I then used a mixed for the two limited additives in 'Shimmering Silver' and 'Winter Blue' along with three colours from the permanent line in 'Antique Bronze, Green Gold Sparkle & Pink Gold Sparkle.'  If you wanted to look of more stars you could apply a layer of Gold VIP Status over the Midnight Swim before you apply the additives. 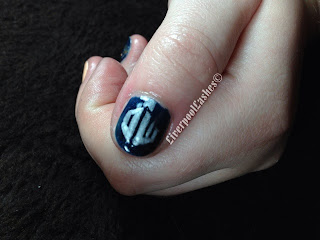 Finally I used Midnight Swim on both thumbs and with my ultra fine nail art brush I painted the Dr Who logo with Silver Chrome.

I really enjoyed doing these nails and hopefully Ali's boyfriend will like the gesture as he had previously given hints about her doing something like that herself.

Within the hour she was messaging me cooking up ideas for the next time she wants themed nails!!

Email ThisBlogThis!Share to TwitterShare to FacebookShare to Pinterest
Labels: my work, nail of the day, shellac, Shellac nail art