I realise this blog post is super late and that these boxes were sent out a few weeks ago now.  I had the email to say it had been sent but typically it didn't get delivered until after I had flown to the States for my holiday.  I've decided to still go ahead with the post and my usual corresponding You Tube video for it.

Annoyingly I'd read on Twitter before I went away that people had not been happy with this box.  Someone had tweeted a photo of a pretty sad and empty looking box to GlossyBox UK.  I didn't really look at the contents but figured I would make my own judgements when mine arrived.

The second I picked up mine I noticed it felt rather light but tried to stay optimistic. 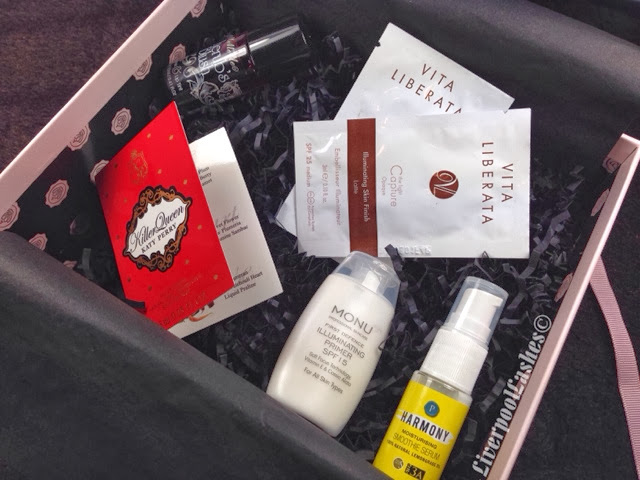 To be perfectly honest when I opened the box I thought 'yeah that's what they were talking about' with a slight grimace because the three inexpensive samples where lying on top of each other and I knew that the MeMeMe product wasn't really a 'luxury' brand.

Overall if this had been my first box I'd probably say I would have made it my last box too.  I feel like the beauty box companies have you backed into a corner as the next one could be amazing to balance it, it's just the chance you take.

I have made a full video with more information on the items listed.  Please click here to watch it.

Email ThisBlogThis!Share to TwitterShare to FacebookShare to Pinterest
Labels: GlossyBox