Well it's arrived at LL HQ (AKA "my house" !) finally I have my mitts on the Naked 3 palette and I have to admit I was trying not to shake with excitement unboxing it. 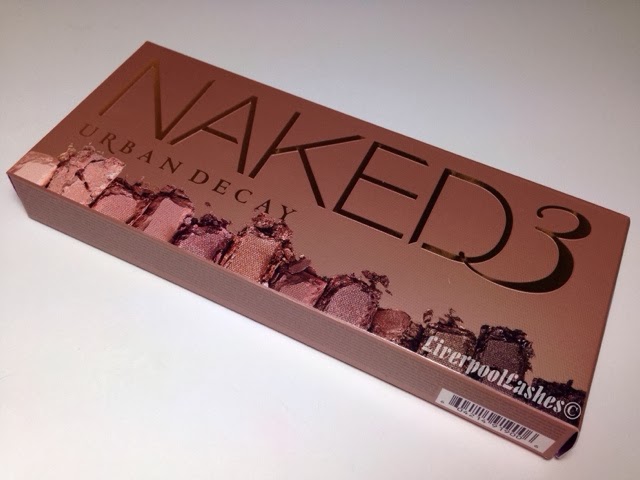 The box is sturdy and just completely seduced me.  I always think it's funny to talk about packaging this way but this one really need excite me with the smashed shadows across the front. 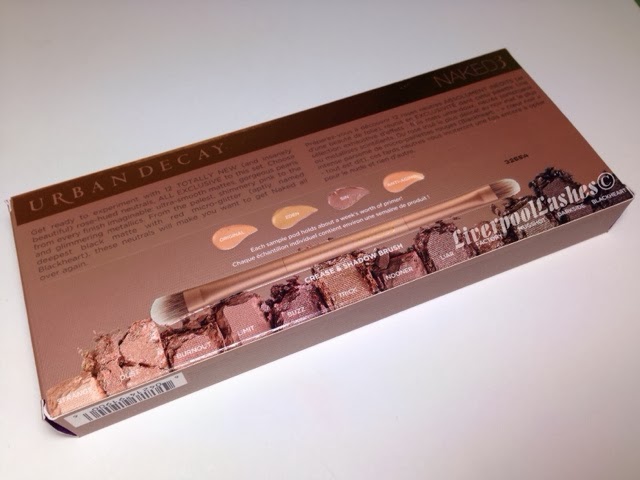 The back of the box tells you about the rose gold hue that the shadows contain and that all twelve shades are new and exclusive to the palette.  In one way I like this as I don't like that Half Baked appears in both Naked 1 and 2 and another one of their palettes that I have, especially as I don't like the shade...!

The reason why I don't like this idea however is if I run out of a shade, I can't just buy a singular version of it to carry on my favourite looks. 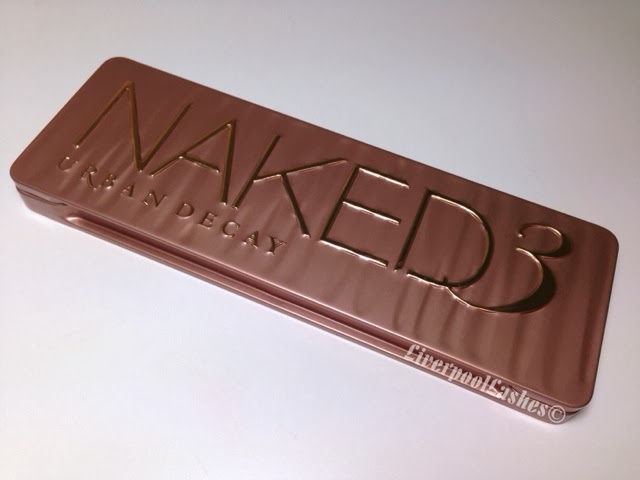 Here's the inner packaging, I'm sure you'll have all seen this a million times but I had to put my thoughts up on it - for what it's worth.  I like this style of tin, it's a lot sturdier which is great because although I'm very careful, my Naked 1 palette mirror was smashed whilst travelling as it was only cardboard. 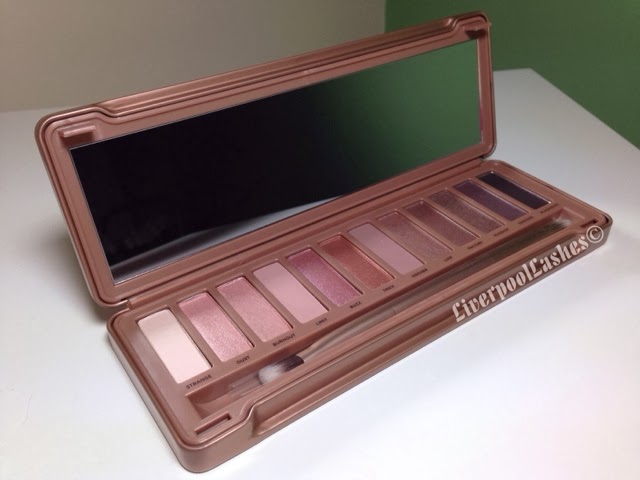 Not gonna lie - this shot makes me dribble.  It's just beautiful and I see so many combinations that look fantastic but lets get into the swatches... 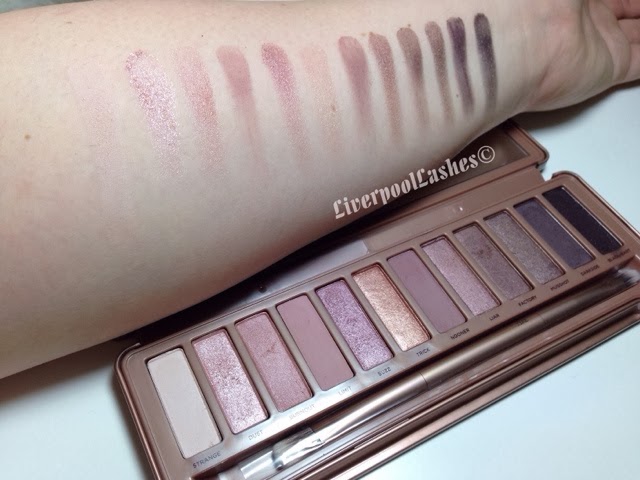 My eye is drawn to one colour each time I open it.  "Buzz" is such a beauty and the epitome of a "rose gold hue" to me. 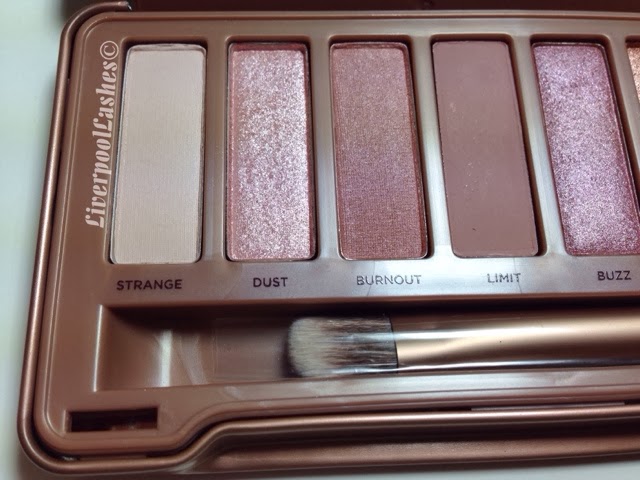 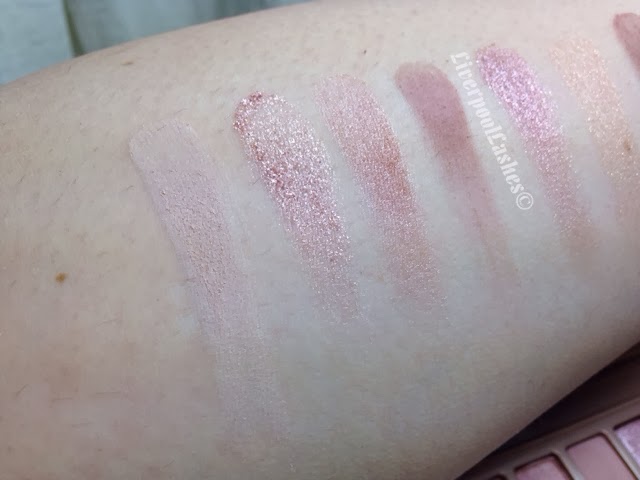 So from left to right, lets start with the first four... Strange is the pink version of Foxy from Naked 2 which is a yellow toned matte.  I use Foxy religiously to apply to the brow bone and help blend my eyeshadow out.  Strange will be a constantly used shadow for sure.

Dust looks gorgeous in the pan and OK in a swatch but it lives up to its name.  It's dusty and powdery and I feel like if you'd popped out the pan and gave me it to try I'd have argued it wasn't an Urban Decay product.  I think the quality of it is poor compared to the rest, it's usable but not to the standard I know and love from Urban Decay.

Burnout is an instant favourite and Limit is a shade I will use an awful lot in the crease in a daytime shadow look. 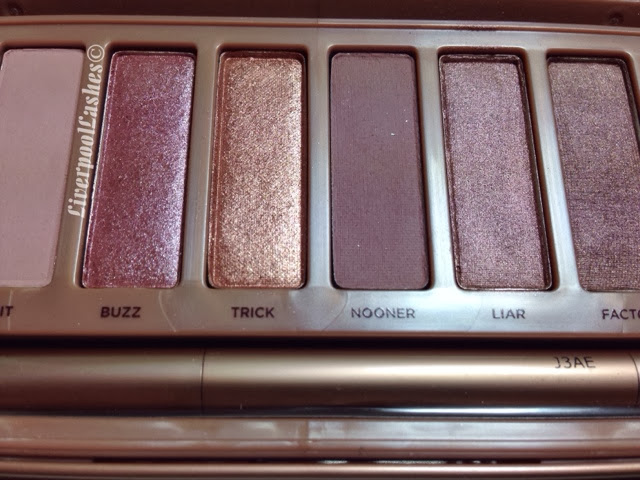 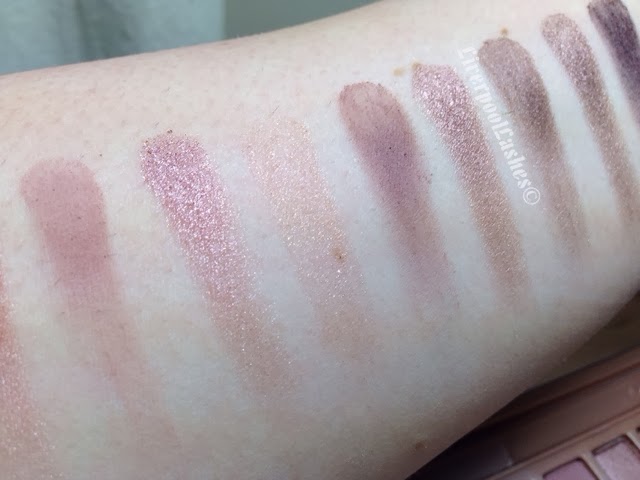 Onto the next four, Buzz is the other instant favourite which I wore within an hour of the palette arriving.

Then we move onto Trick... Ahhh I feel like these names fit so well.  Trick looks like Half Baked to me until I swatched it and realised its a peachy tone and doesn't look much like the pan.  Although I'm happy it's not like the pan, I'm kind of disappointed that it's almost like the reason it's different is because the quality isn't that amazing on this one either.  I hope that makes sense?!

Noonar is a total winner, I will use this a lot when I'm after a more subtle look by applying to the crease and blending out.

Liar is just stunning, I wore this straight away until my lower lash line.  It's dribble-worthy. 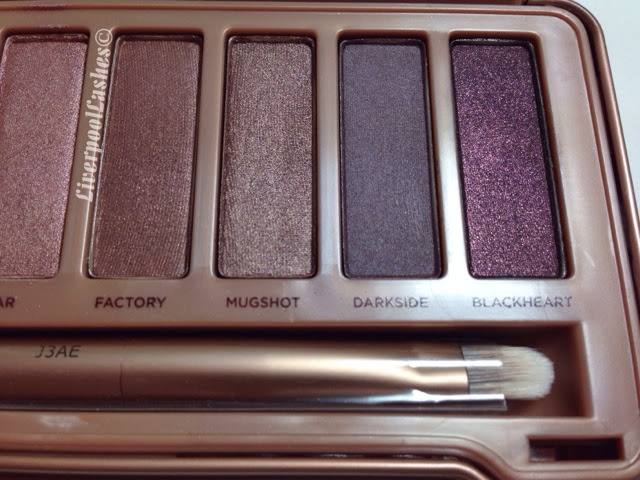 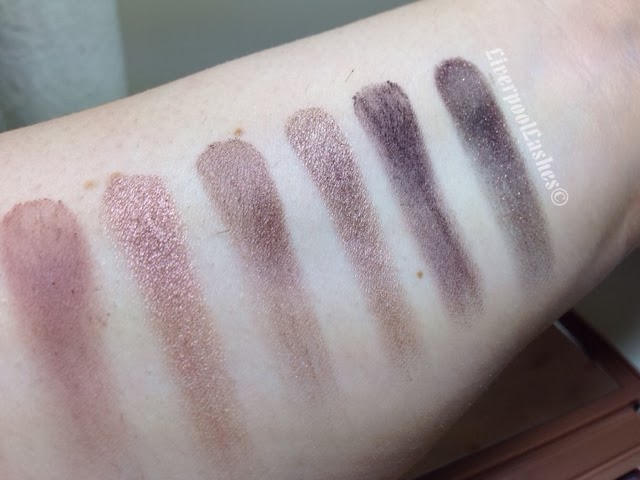 Factory and Mugshot remind me of shades in the other palettes, obviously because they're the darker ones this is pretty much where the "rose gold hue" ends.  Definitely ones that will be used for those smokey eyes that I love.

Darkside is something a little different and a good alternative to black.

Finally we get to Blackheart which completely steals my heart.  This colour is so unusual with the black with pinky red shimmers. 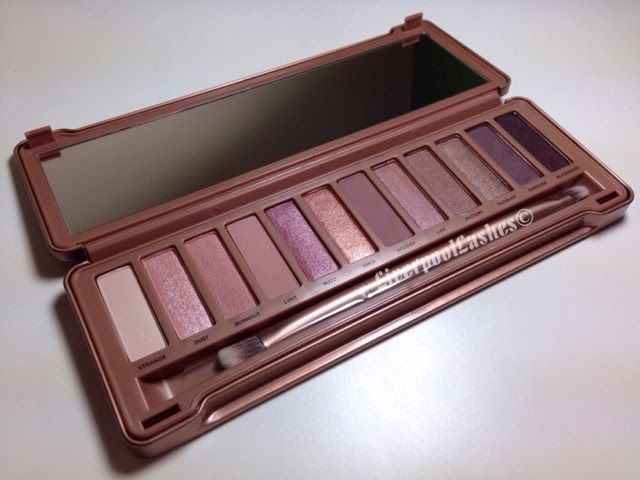 Is it wrong that I could just stare at this palette for a while?!  The brush is useful but not the best for me.  The larger end is somewhere between a flat shadow brush and a shader, it's usable but I will prefer my MAC 217 for sure.  The smaller side is great for detail and applying shadow to my lower lash line which I do most days. Overall though I generally love the brushes in the Naked palettes but I think that the Naked 2 brush beats this, hands down. 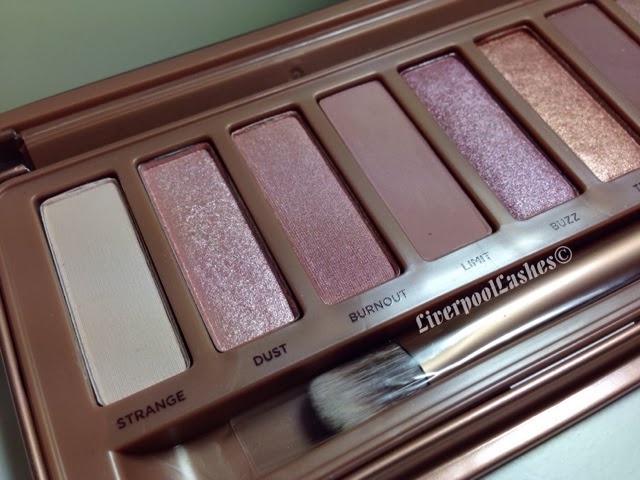 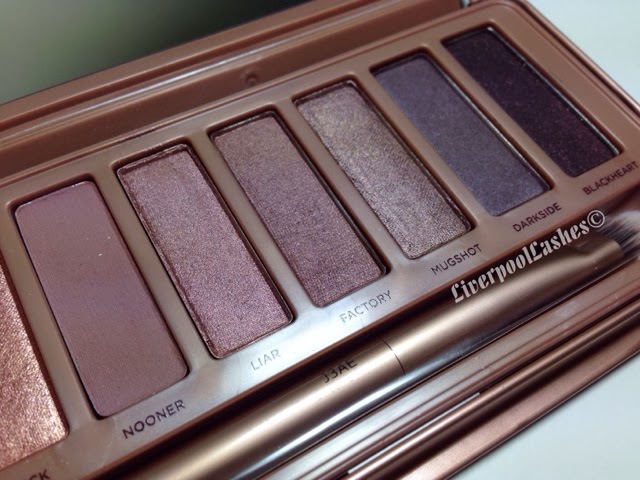 The bottom line is... Do you need this palette? Obviously not.  Do you want it? If you see these colours and know you'll wear them then go for it.  It's definitely good value for money and I go through stages with Naked 1 & 2 of either just using the one palette or mixing some of the colours up of each to create new looks, throwing the 3 into the mix is going to be a lot of fun! 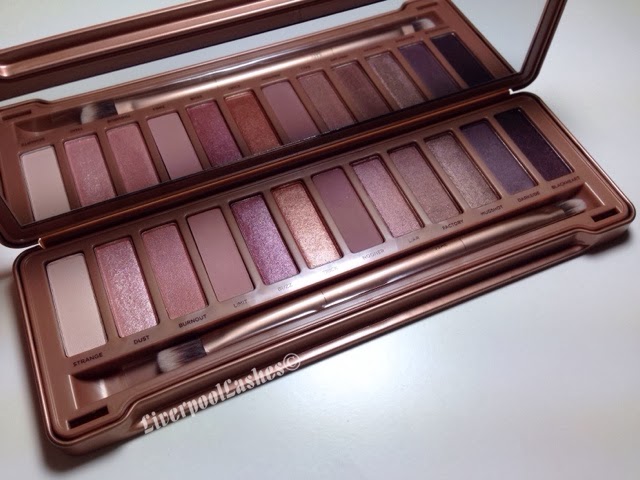