I debated whether to do today's blog post due to the nature.  What woman really wants to think about body hair after all?!  I'll start by reassuring you that all of the photos below were taken before I tested it so you do not have to worry about the up close photography. 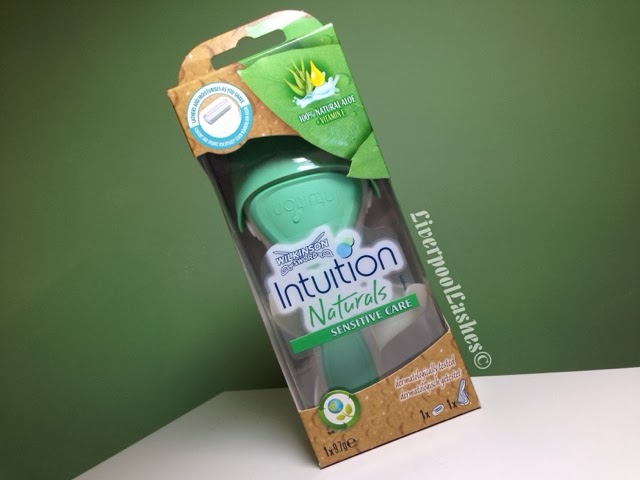 Today I'm reviewing the Wilkinson Sword Intuition Naturals Sensitive Care Razor that I received in a beauty box recently.  This box contains one razor and one razor blade.  I was disappointted with that to be honest as expected at least one spare one so that if I fell in love with it, I wasn't having to run out and cough up for a full box straight away. 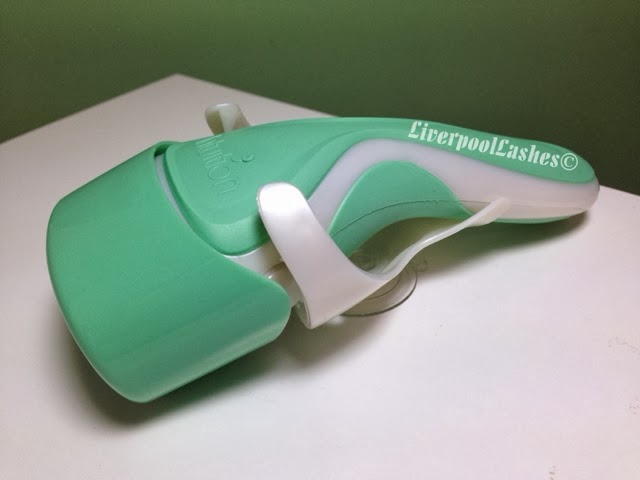 That aside the packaging is big and bulky which I would normally hate but this makes it very user friendly in the shower in terms of grip.  It comes with a holder than has a suction to stick to the walls of your shower or bath.  This is great however my tiles have a slight pattern in them and this means that the razor constantly falls down. 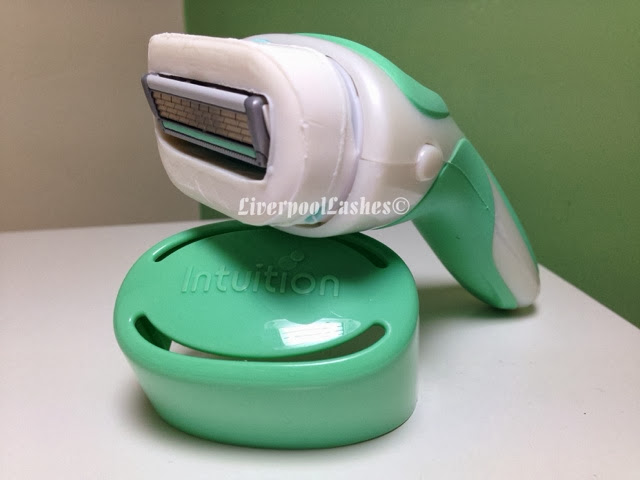 Now I'm not a massive fan of the razors with the soap around them.   Typically because after being near water for a few uses they tend to weaken and then the soap section breaks away. 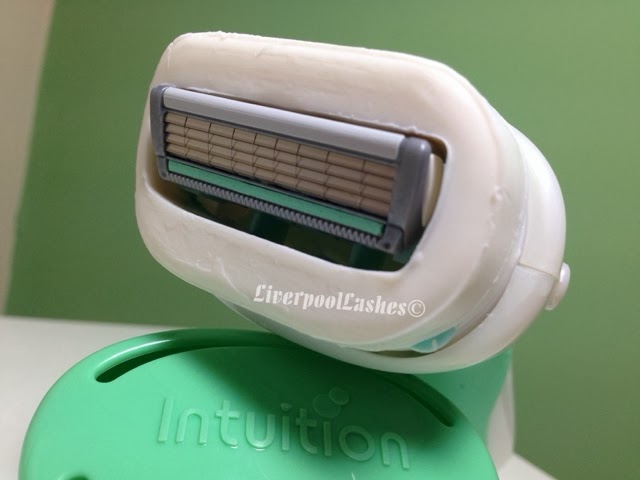 When I first used this razor I honestly didn't think it was removing the hair as it seemed completely effortless.  I was actually shocked how the soap made the razor glide so well that it made me convinced it hadn't done anything but then I was left with smooth skin.

Once I was completely dried however I did notice that it seems to be quite harsh on my skin.  I definitely wouldn't say I suffer with sensitive skin but my legs actually felt pretty painful and I did have cuts.  Typically I only use Venus razors and haven't been cut from them at all, even a new one in as far as I can remember. 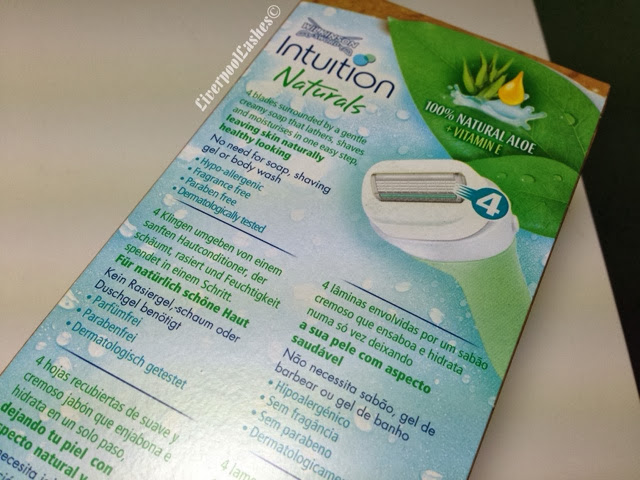 The bottom line is... Venus wins.  I did like that it felt like nothing was happening but it masked how harsh I think it really is.  Also... and brace yourself... because of the bulky head it's hard to get around your bikini area (yes I just said that!) When I first opened it I used it for a full body shave (you know what I mean, I'm not a gorilla!) and it seemed that the soap wore down a lot in that first use.

For all of the above reasons, I wont be continuing to use this with new blades when this one runs out.
Posted by Karen Carter at 9:00 am

Email ThisBlogThis!Share to TwitterShare to FacebookShare to Pinterest
Labels: hair