Let's be honest, reviewing a deodorant can be one of the more unusual reviews as no lady wants to admit to even the slightest glow.  Well let's face facts, women perspire and for me apart from soap, deodorant is the basic step of every beauty (and hygiene!) routine.

With that being said, today's review is of Forever Living Aloe Ever-Shield Deodorant Stick.  Now previously to being giving this stick to try out, I have been completely and utterly faithful to my Mitchum roll on deodorant for quite a few years.  It did the job of keeping me dry and fresh all year around after me searching for a long time for the right one so I have been loyal to it. 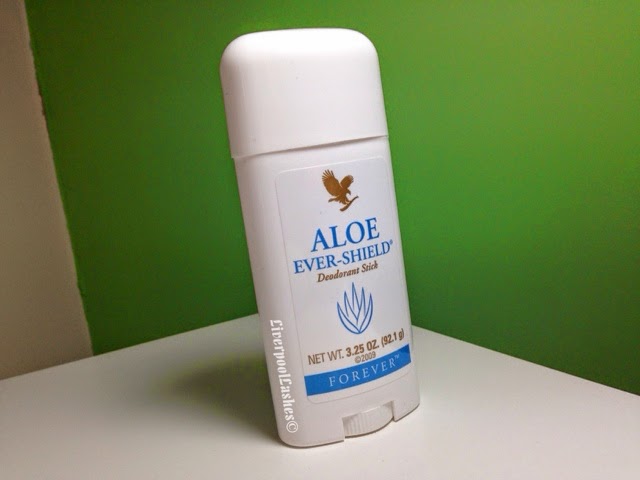 Let's start off with the scent, I'm hesitant to say it reminds me of that typical talc fragrance mixed with clean linen.  I really didn't want to say talc because that gives the impression it's some sort of floral and it isn't, it's just really fresh and clean scented. 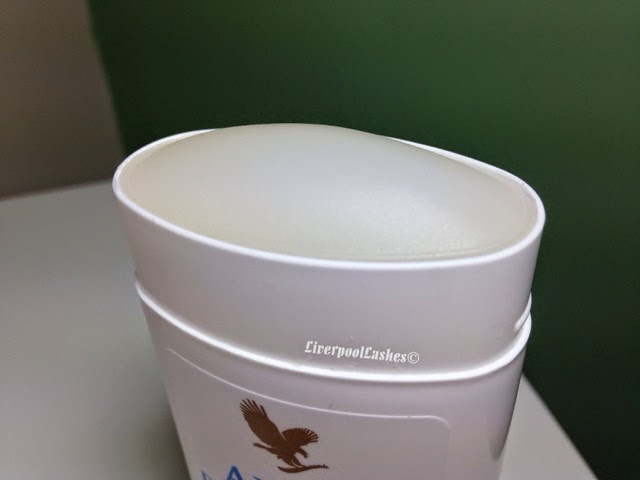 After using a roll-on for so long, applying a stick felt a little bit foreign to me but straight away I noticed that my underarms weren't overly wet so I could get dressed straight away.  I also noted that they didn't feel as dried out afterwards either which is how they often feel with the Mitchum, to the point where as I will sometimes throw a bit of moisturiser under there after application as well to try and combat it.

This brings me to my random underarm tip:

Always exfoliate and moisturise your underarms.  Exfolating gets rid of any build up of deodorant and dead skin which can leave that unattractive dark patch that you see and obviously the moisturiser will help it to look and feel smooth.  I find the best thing to use is a Exfoliating Glove as they do the job really quickly and you can use it with your showel gel as you're washing under there. 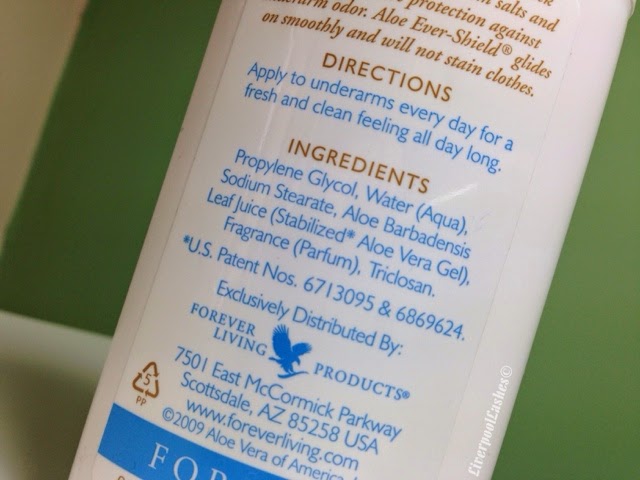 I love that this product doesn't contain an awful lot of ingredients, it says to me that they've only included the important stuff and it's not filled with all kinds of crazy chemicals.  Look at the chemicals in my beloved Mitchum (six compared to twenty two):

Since I've switched to the Forever Living Aloe Ever-Shield Deodorant Stick, I've noticed that my underarms are so soft and that's without me adding any extra moisturiser at all.  I do find that the scent fades within a few hours which is fine by me, as although it's really pleasant it's good because often deodorant scents can almost fight your perfume to be top dog.

The bottom line is I'm converted to this deodorant.  It keeps my skin dry whilst does an amazing job at hydrating.  Actually whilst I've typed this review, I've touched my underarms repeatedly as I'm sat with a vest top on.  They're amazingly soft although I applied it more than 8 hours ago.  This is definitely a high quality product and I recommend you check it out for yourself here.
Posted by Karen Carter at 9:00 am