The Secret Diary Of A YouTuber Tag

I was trundling around You Tube and stumbled across this video which as it turns out, is actually the original person who created the tag.  I figured I'd answer them for those of you who are interested so let's get on with it!

How long have you been on Youtube?
I have been on You Tube officially since 3rd April 2010 so just over four years.  There are a couple of videos that are privated and have actually never been public where as it's actually me talking in front of the camera doing tag videos.  I was practising to see if it was something that I would want to do but I decided it wasn't for me and that was that.  Side note:  I also discovered that I pull a whole host of ridiculous faces when I speak and I could imagine screenshots of me coming back to haunt me!

At what point do you think you will stop?
I can't see myself ever stopping unless something serious happened.  It's part of my life, it's something I will dip and out of throughout the day (mainly through Instagram and Facebook) but the truth is I love it, if it stopped being fun then that would be that though.

The best thing?
The best thing about being on You Tube is the amazing people I get to speak to from all the corners of the world, it literally blows my mind.  I don't want this to sound cheesy but it's weird to think that people have come into contact with something I've created from all over the world.

The worst thing? What do you do to make it okay?
** touch wood ** It's extremely rare I get a negative comment, I would say I could count them on one hand.  I decided to focus on being a username rather than be a full on personality like some YouTuber (I couldn't be bothered with peoples criticism of how you look etc) therefore the only thing that people have to criticise is my voice and my hands.  It's a shame because I have a big personality that would probably appeal to a lot of people.  Laughably the negative comments have all been related to my voice but equally, I'd probably say around 90% of new viewers leave a comment that's something along the lines of 'love that accent.'  Actually the funniest comment was a rant about them "having to switch off because they couldn't stand that woman's voice any longer."  I swear people probably look at the video's view count is thousands so assume that I won't ever see the comment. 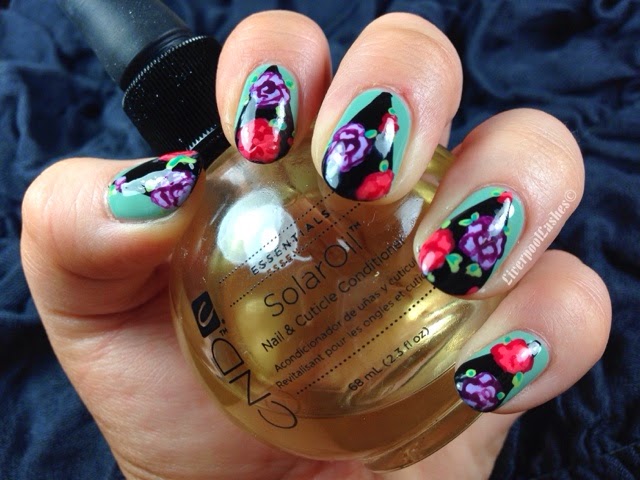 How many thumbnail options do you usually take?
I take one photo which is typically the design and that's that.

Youtuber crush?!
A crush on another YouTuber?  I can only think of the only male YouTuber that I watch which is Wayne Goss, that wink gets me everytime!

Who's on your collab wish list?
You know what, I've never done a collaboration with anyone.  I think it's a tough thing to do because for a long time I wanted to do one but didn't find anyone to do it with and now, to be perfectly honest I'm not sure I would want to do one with another nail channel now.

What are you wearing on your bottom half?
Woaaaah where did this come from?!  I currently have black trousers on, boring or what?

How long does it take you until you actually click 'record'?
Well I either film on my massage bed or my nail desk, both require for me to set up my photography lights which isn't too much hassle.  My nail desk takes longer to set up as I have to move certain things out of the way.

How do you feel about the Youtube community/culture?
I love it.  I truly mean that I love it.  It's a worldwide community of people who all share the same interests as you.  I wish some people learnt to click the cross in the corner rather than leave negative comments.

What's your secret to a successful youtube channel?
I'm a bit uncomfortable with the term 'successful' but how I got to here is just to never give up.  So many channels have been created in the four years I have been doing this and they have also just disappeared.  I don't pester people and never spammed videos with "please come and subscribe" or whatever, I just stay true to myself and my personality and hopefully people like it.

Who do you tag?
Anyone, I'm not naming anyway specifically.  No one tagged me but I just did it!