From Garage To Mini Hair Salon!

So today's post is all about my conversion from my garage to a mini hair salon.  My house has an attached garage that my car has been in only once when we were on holiday.  We have lived here for seven years and I would never chance trying to put my car in there for fear of engraving it!

I already have a custom built summerhouse that I do all of my nails and beauty work from which is next door to the garage in my garden but I needed more space for the backwash, styling chair etc so the garage was the perfect solution. 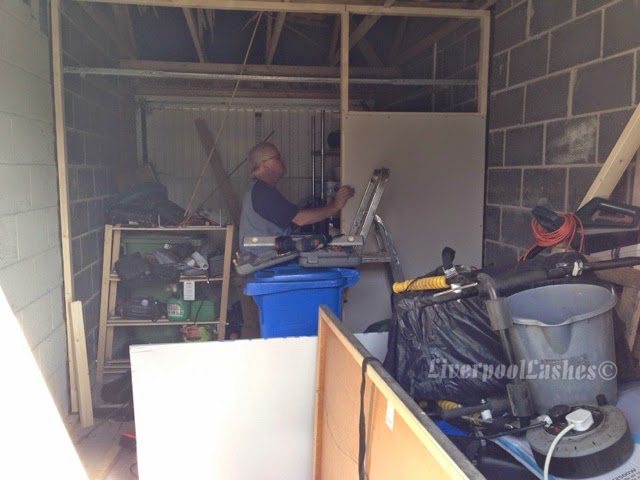 I'm sure I'm not alone in saying that the garage had turned into a dumping ground for unwanted furniture and everything that was 'too good to throw away.'  I'm actually pretty mortified to show you the early stages of the conversion but at least you can see the transformation. 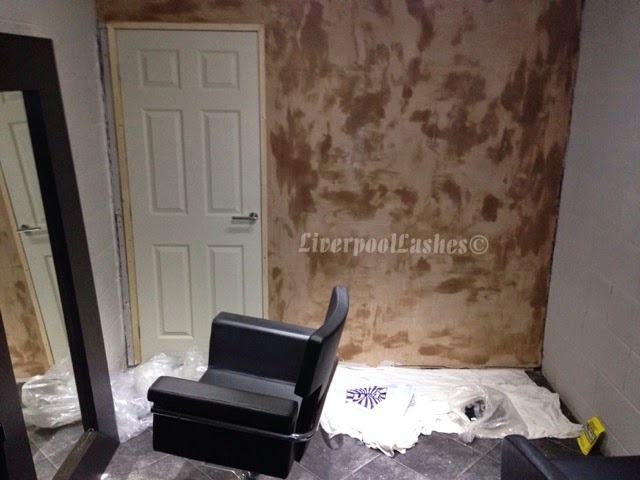 I'll run down where I got everything in a moment but I couldn't be more delighted with how it turned out in the end.  My Dad did this all by himself and I'm so proud of it.  I only work on friends and family now just to make sure I have enough time for all things LL but I'm so excited to use it! 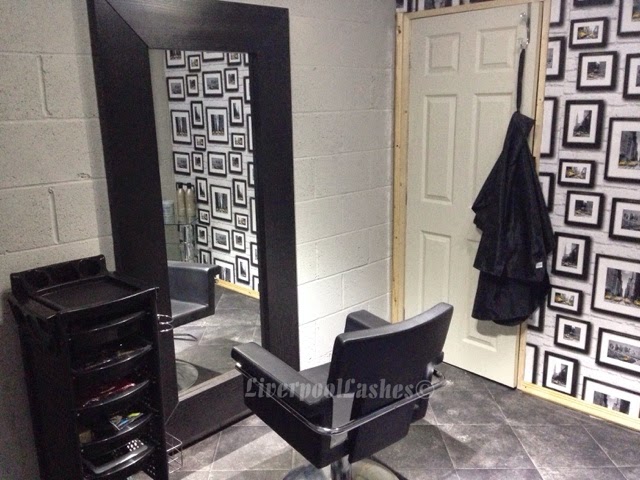 I got my styling chair second hand from eBay.  It was in an immaculate condition as sadly the hairdressers it came from never really took off but I can imagine it would have been far more expensive than what I paid for it.

My mirror was from Ikea which really surprised me but I think it's perfect.  Originally I was looking at styling units that were over £150 but then I came across the Mongstad mirror for £85 and it's chunky and solid.

My trolley was from ebay and I bought it a while ago.  I think it was £60 but I wanted one that didn't look cheap as I think some of them do. 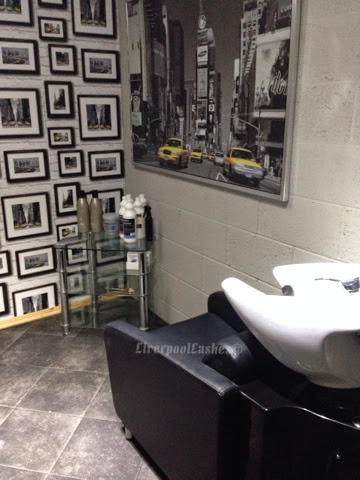 My backwash is from Salon Lines in Liverpool which to be honest, I don't recommend as a company.  I went there to try them all out and this backwash is seriously comfy.  This was my main priority as a backwash is not just a backwash and some of them are horrendous.  I waited in for the day of delivery and then when it didn't come I phoned them in the afternoon to be told that they had forgotten to order it with the supplier.  To cut a long story short, it was finally delivered on the third delivery date.  The name of the backwash is Samba.

The glass stand was something we had had in our living room before we redecorated and I kept it to store my supplies on their when the garage was finished. 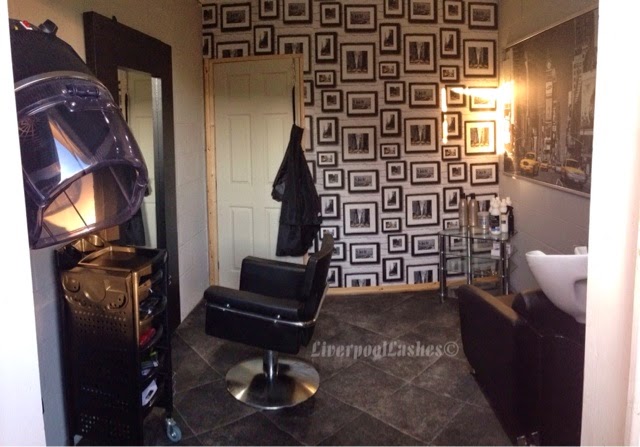 The large canvas is from Ikea and my husband actually bought it for me for my 21st birthday as the hotel I stayed in in New York (my 21st birthday present from my parents) is in the background.  This canvas was in my living room also until I redecorated, so I designed the whole room around it.

The floor has to be screed (levelled) and this Vinyl was laid by Woolton Carpets in Liverpool.  I really didn't want anything was too much of a pattern so it worked out well.

We painted the walls with masonry paint although I was happy with the 'warehouse' style feel that it gives.  Since these photos were taken, we have also painted the door frame and skirting board black as well.

Finally, the wallpaper!  Ahhhh I just love it.  To tie into my theme I chose this wallpaper from B&M!  It was £7.99 a roll and I absolutely adore it.  I think it looks good with the canvas as they're both predominately black and white with a pop of yellow from the taxis.

I hope you've enjoyed reading this post!
Posted by Karen Carter at 12:15 pm