Shellac Shelf Sitters, I'm talking the great unloved shades.  Some of them I believed would be popular when I purchased them but for some reason, they have been permanently overlooked for the more 'good-looking colours' and it's a shame.   Also I see it as a financial loss if they're unused. 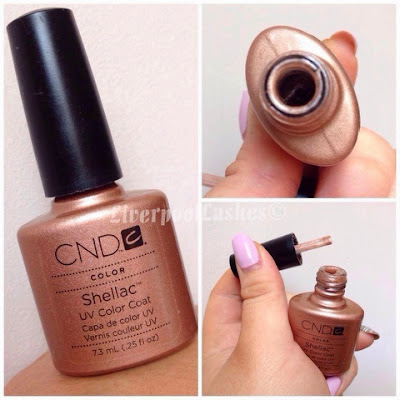 All of this came around since the death of my Iced Cappuccino which I spoke about a few months ago on my Facebook page.  It was one of my original bottles and had only been used a handful of times underneath gold glitter but that was pretty much it.  Actually, I was surprised when my client chose it so I happily brought it down from my rack and just couldn't work out what had happened as when I opened it, the brush was missing.  If you'd have seen my face it was borderline hilarious, I was so confused until I realised that the liquid had completely cured, embedding the bristles of my brush into it.  I see that as a huge waste.

I want to make it clear that my Shellac racks are on a wall with no direct sunlight, the area that they are in has the blind permanently down to protect them and no other shades have been effected but it's still prompted me to promote my more unloved shades to ensure that they do not suffer the same fate.  I do believe that at three years old, some bottles do have the potential to cure so I want to prevent this.

To a certain extent, I do believe that colours that we naturally don't appreciate ourselves as nail techs, will reflect on the clients.  Put it this way, when I do have some free time to put together new ideas for layering combinations I never reach for the colours that I'm not fond of.  I just haven't felt like it was fun to see if I can create new colours from them so I know that my eyes naturally shun them.

I actually didn't realise this until one client pointed to 'Cocoa' on my rack (my original disliked colour) and asked what I had to show her using them.  Mortified I realised that it was likely it had never been chosen as I had NEVER done a single colour pop idea with it!  Since that appointment I have now added five layering combinations to my colour rings and it has been chosen a few times, one client loving it that much that she has had it twice!

I would say my biggest Shellac Shelf Sitters are:

Some of those may surprise you but I can only think of two occasions using Fedora or Limeade, the others I don't believe I've used at all. 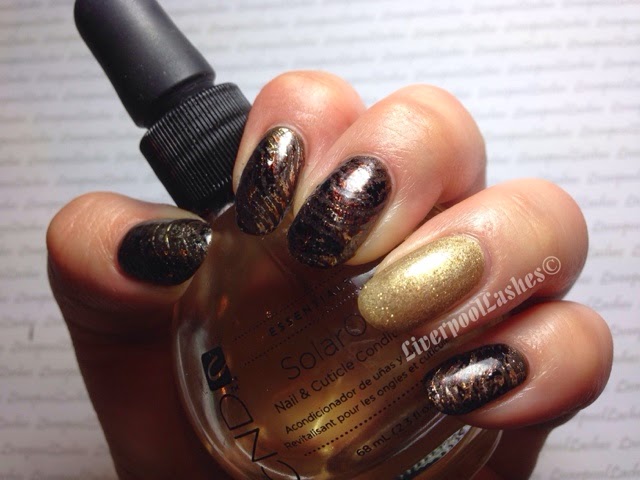 My most recent tutorial was using Night Glimmer (click here to watch it) which I chose purposely as part of this mission.  I'm currently wearing Overtly Onyx which I shall show you soon!

I'm also currently in the process of making new colour pops using the above mentioned shades to create some exciting designs for my clients as well, just like I did with Cocoa and I encourage you to do the same!  I know that when a client does pick them I will feel a sense of satisfaction.  Amongst everything else, that I am not wasting perfectly good stock afterall, the unloved shades are the absolute best painters as well as they've not gone thicker with use!

I also think it's fun to gather together you're most unused supplies and see if you can do anything with them on your own hands.  I see it as a bit like that programme 'Ready, Steady, Cook!' where they had a limited amount of ingredients and had to make them work - it's a challenge!

To keep up to date with what I'm up to, please follow my Facebook Page for regular updates.
Posted by Karen Carter at 4:44 pm

Email ThisBlogThis!Share to TwitterShare to FacebookShare to Pinterest
Labels: shellac