Let me tell you how I started and what I recommend.  When I opened my You Tube Channel I also opened up a Twitter account.  In my logic, I had heard that it would be best to register my username on Twitter as I knew it was a fairly new thing (I think Twitter had been around for a year or two at that point.)  As it happens I was right to do so as there was another 'LiverpoolLashes' that popped up after me but let's not go there...!  That's my first point for those of you with a new business, register yourself on all of the main social networks so at least if you don't use the account for a while then you still are the owner of it for when you do.

The next point is that you should try and get the same username for as much as possible, it's far easier for people to remember.  It would be so much more difficult if I was 'Liverpoollashes7' on one thing, 'liverpoollashes' on another and then 'liverpoollashes1' on something else.  Try to be consistant where you can, even if it means having a load of windows open at one time on all of the websites and checking the availablity on every one before you proceed.

So with that being said I will get onto the different sites I use, all of which I have an app for on my iPhone which makes it convenient to update wherever I am.

Twitter
So let's start with Twitter and my honest opinion of it.  For a very long time I was gaining followers but no one spoke to me, even when I had a good few hundred followers.   Eventually I came to realise that people often scroll but don't reply so I found it difficult to see whether my tweets were actually being read.  The biggest downfall to Twitter is the fact that most users (including myself) will often click on the app on their phones and will start scrolling from the last few tweets to the most recent.  This means that unless your followers are online at that moment or minutes later, your tweet is lost amongst the 100+ other tweets from the other people they're following.  Dont get me wrong, Twitter is a useful tool to still put something up there so I would recommend you use it a secondary social network to the others I'm going to mention. 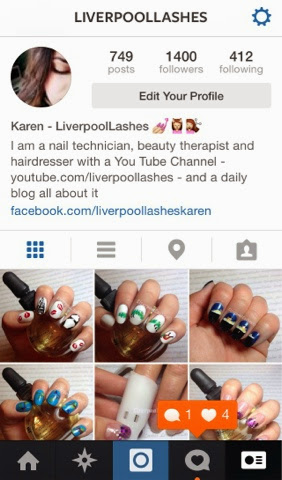 Instagram is something I finally set up at the tail end of last year.  Initially I didn't understand what the fuss was all about.  I knew it was sharing photos but that was it.  If you've not set up an account yet then in brief, it is the photo equivalent of putting a Facebook status on.  Your followers will scroll through their home page and look at all the different photos that have been uploaded.  They can like or comment on your photo.  For a salon it's a good way of showing your clients your recent work or maybe a new product or brand that you've just introduced to your pricelist.  The whole point of social media is to be social and keep being a subtle reminder that your clients can come and book in with you with giving them visuals on your fantastic work. 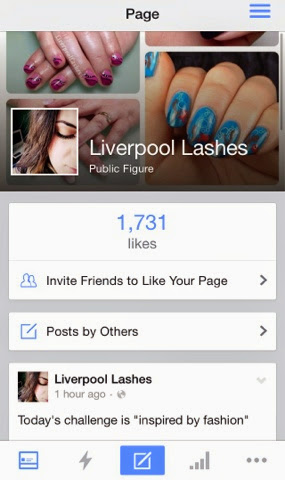 Facebook is an even more recent source for me.  I opened the account in March this year and I truly wish I had done it sooner.  I believe that Facebook is the easiest and most popular way of connecting to your audience.  No one (that I know anyway!) sits and scrolls for hours on Twitter or Instagram.  Of course they may look at them for a little while and 'mooch around' but they don't actually spend the most time on it.  Now when it comes to Facebook I know many will spend far too much time on it.  People will actually scroll as far as 12 or more hours back to look at what people were saying that morning.  This means that you have the maximum amount of chances of your post being seen.  Now of course Facebook is a business and they have changed the goalposts and now only show a certain percentage of your followers your posts for free.  Of course you can pay a fee if you would like all of them to be shown it.  In fairness, the price depending on the amount of followers you have is actually pretty reasonable.  To give you an example, my Facebook page shows that it would cost me £3 to send one of my posts to between 6K - 15.8K followers.  This means if you had something really important to share and you have less than 6K followers then you can definitely let everyone know which is great.


So there is my thoughts, as I said earlier whichever you decide to do then ensure that you update them at least once a week.  There's nothing more off putting than visiting a business account and seeing that they last updated it months ago.  It gives the impression that if they can't keep up with their social media, they probably won't be able to keep up with other aspects that require being organised.

I have written a series of posts on advertising, building a client base etc in the main "advice" tab underneath the banner on here for you to check out.
Please come and "like" my Facebook page.  It's a little community that I set up with lots of nail techs and therapists on there sharing ideas.  You can message me directly on there too.
Posted by Karen Carter at 8:00 am

Email ThisBlogThis!Share to TwitterShare to FacebookShare to Pinterest
Labels: Advice