I was in Creative Academy Manchester today picking up a fresh bottle of Midnight Swim as I'd clearly gotten a little heavy handed with my old bottle and snapped the brush away from the lid....!  Anyway, whilst I was there there was a customer asking about CND Shellac in Ruby Ritz which has been available on a limited edition basis for the past few years.  Unfortunately due to the amazing special offer that had with it recently, it's now sold out.  I then overheard one of the staff telling her that if you layered certain glitters with Decadence over you could get a similar effect.  I decided to try it with a couple of my glitters to show you but obviously it doesn't have to be these exactly glitters, just a glitter that's close in colour should get you a result close to the colour pops shown. 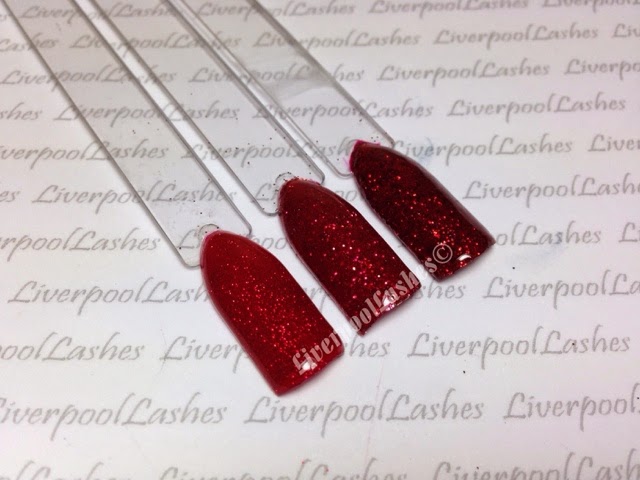 On the left of the above photo is actually Ruby Ritz for comparison over a layer of Wildfire, the middle is Wildfire with Antique Gold Glitter and Decadence over and the right colour pop is the same but with Wine Red Glitter instead.
Glitter will of course get onto the bristles of the brush but I just kept a piece of desk roll ready and remembered to wipe the brush before returning it back into the bottle. 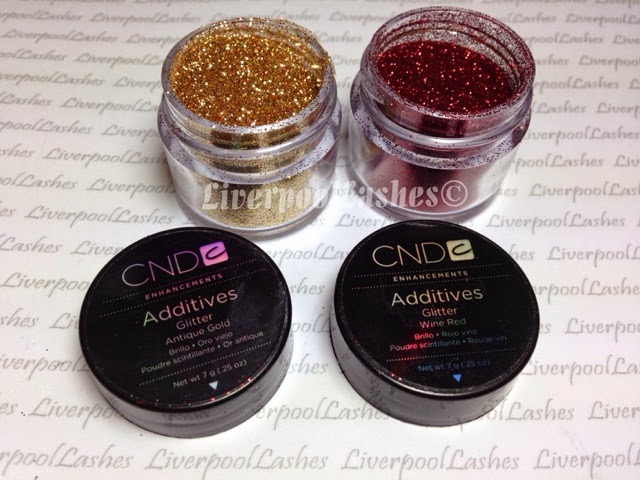 I think if you wanted to get an exactly match then the glitter would have to be super fine, maybe something like CND Additive in Sizzling Sands might be an idea.  Either way, if you don't have Ruby Ritz to compare to then this is a pretty beautiful alternative!
Posted by Karen Carter at 9:50 pm