I had fancied a different type of advert calendar for a couple of years now.  I saw the beauty ones and they interested me but when a client showed me that Yankee Candle did their own, I had to try it. 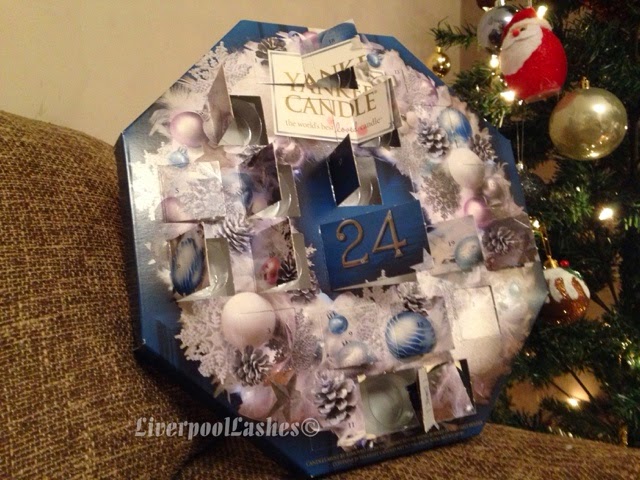 It's probably a bit odd to review an advert calendar but honestly I just wanted to log somewhere online how disappointed I was.

This calendar contains 25 tealights (originally I thought it was votives - silly me!)  Each day you received one tealight to burn which should last around four hours.  I was excited to burn a different Christmas scent every night.

On the second and third day I got the same scent which I originally thought was a mistake but one of my clients had the same calendar and received the same scents on the days I did.

The biggest disappointment for me was that there are only six different scents in this calendar that you can possibly receive.  Yankee Candle have far more than this so I was really not happy when I realised this.  Eventually I couldn't be bothered to open the door as less than half way through the calendar I had smelt them all so there was no element of suprise.

I do not recommend this calendar.  The concept was good as I adore candles but I was just bored by the time I got to the half way point due to their lack of effort put in to choosing the scents.
Posted by Karen Carter at 8:52 pm