My Work: Green With Envy

Today's post is one of the sets of nails that I did today.  Rachael and I have very similar tastes in nails so I can often just point out what I like and know that she will love it too.  As usual I show my clients anything new that I have which included the eleven new Lecente glitters which are being released at Excel tomorrow.  She squealed at basically all of them (always a good sign) and decided on one of the New World Stardust glitters in 'Earth.' 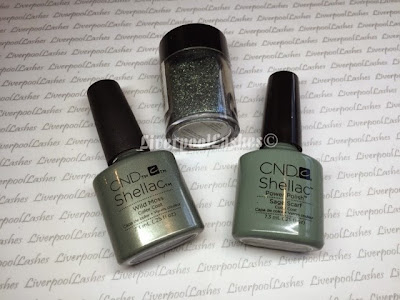 I then wanted to work into it some sort of a suggestion of a design over her enhancements so I pointed out CND Shellac in Sage Scarf and Wild Moss which Rachael liked equally so since Wild Moss has shimmer to it, we choose to use is on all nails apart from the accents to which I applied Sage Scarf to.  I then mixed a glitter paste with Lecente Stardust in 'Earth' and painted the accents on and cured. 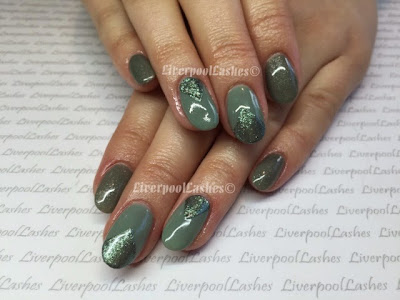 Rachael surprised herself by choosing green as she says herself it would not be something she would imagine she would choose but she loves them!﻿
Posted by Karen Carter at 3:51 pm