After two 3lb losses in the past fortnight, I knew that body wouldn't be able to keep that level of weight loss up every week (although I'd be delighted if it did of course!) but I started this week with the mindset that I would up my game in terms of exercise.  When I was little I was a really fast runner and it was something I enjoyed but obviously when I started putting weight on in my teens I was equally moving less to the point where as walking would hurt my back.  Now I don't experience anything like that which is fantastic and I don't have any urges to stop at all meaning that I ended up doing 45 minutes on the treadmill the other day which is unheard of for me! 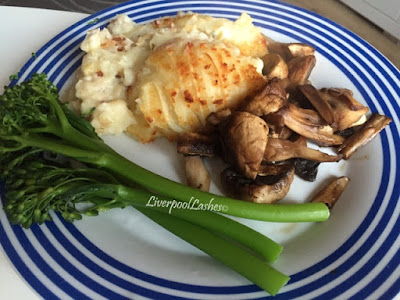 In terms of food there has been a few discoveries that I've been enjoying.  One of them is the Tesco Fish Pie which is 408 calories for half of the pack.  It's really creamy and cheesy which really fills you up and not bad for the calories at all.  I just add my beloved broccoli and mushrooms to it. 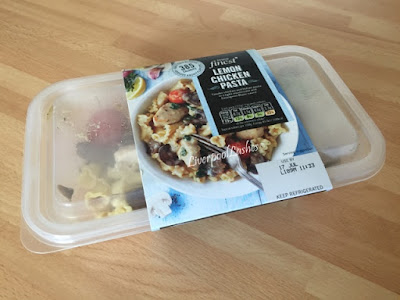 Another meal that I've been loving is the Tesco Finest Lemon Chicken Pasta.  It's often 2 for £6 so it's not a cheap meal but it was recommended by a client as a lovely low calorie meal as its only 385 calories and delicious. 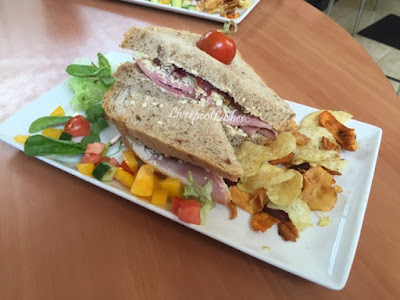 On Wednesday I met with lovely Jacqueline at Bents for lunch after our CND Summer 2015 Trends class.  I ended up ordering this beast of a sandwich.  I find it very difficult to work out the calories on meals like this but as I know I eat below my calorie limit most of the time then I know that if I can roughly work this one out and forget about it.  Let me tell you that this sandwich was so packed that it was literally heavy to pick up and by half of it I would have happily called it quits but I ate it all - it was too delicious not to! 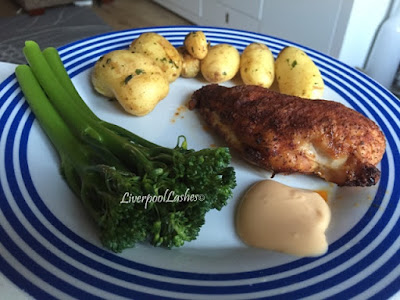 I've been enjoying a home cooked Nandos chicken which is from Tesco.  They're 3 for £10 and they're two Peri Peri chicken breasts which are 200 calories each and I will then put potatoes and some vegetables with it, finished with a cheeky little blob of Nandos Perinaise. 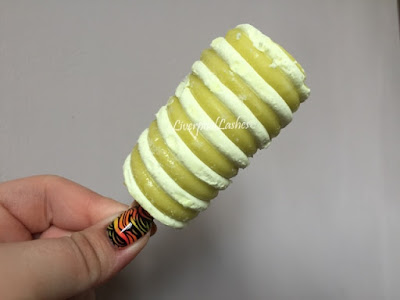 Treat wise I've been keeping myself sane with a couple of things this week, one being Mini Twister lolly ices which are under 50 calories and amazing.  Sometimes I'll go mad and have two because I know how to live(!) 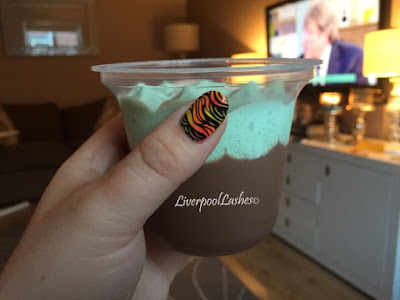 I accidentally picked these mint chocolate desserts up from Aldi (no really!)  They're huge and I misread the calorie count as being around 125 calories but turned out to be for half of the pot so I've been sharing the pot with my husband. 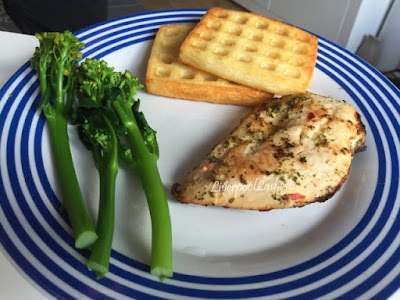 So returning back to my exercise, I have really been going for it this week.  I'm able to run up the stairs easily, I feel like I can virtually fly up them.  Unfortunately what threw a spanner in the works is that on Thursday I started to be unwell and I couldn't keep up with the amount I was doing.  I've not been well for the remainder of the week and only starting to pick up properly today as I write this post.  The good news is that I managed to virtually stick to my calorie limit every day and stay under it to compensate for the less exercise at the latter part of the week. 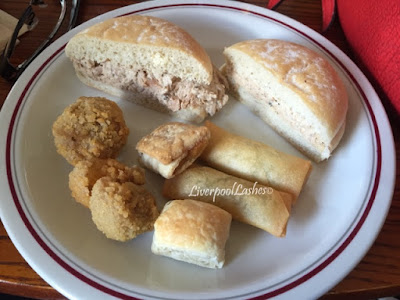 Sickness aside, I did still manage to make my friend's daughter's naming day yesterday and stayed for a while for the buffet afterwards.  I haven't had buffet food during all of this and it was delicious but I just tried to limit my intake just incase.  I know it's really boring to be in company and calorie counting but I wont always do it.  If I go for a proper full on meal then I will just have what I fancy as I know that I have more than one meal off in 10 weeks.  The baby's name is Robin an she had these beautiful cupcakes at her party which were adorable (and delicious.) 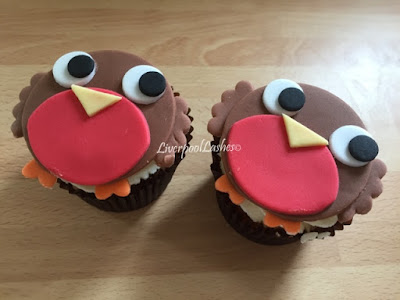 I literally no idea what the scales were going to say at the weigh in today.  I knew I had been really good with my calories, even with my treats and all of the exercise I had done but I also knew that me being unwell was not going to go in my favour.  Anyway, I lost a pound and a half this week which I think was what I expected from how I've been feeling but I am certain that I have a bigger loss coming over these next few days so that's all good.  This brings me now, officially to a two stone loss in ten weeks. 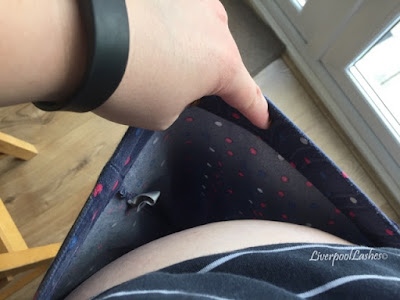 I've just put on my favourite pyjamas to have a lazy day and they're literally falling down on me which is a bit of a shock!  This photo is showing my hip by the way!  They're well loved and slightly battered pyjamas but I think I will keep them as a measurement of my progress.  I have to say that although Slimming World is fantastic, I am still loving the theory behind calorie counting and the freedom it gives me so I will definitely be continuing with it for however long I still feel this way.  I'm keen to get this next week in the bag and hopefully see a slightly bigger loss then.
Things to remember:
Why not come and be my friend on the My Fitness Pal app - search for 'liverpoollashes'
If you have a FitBit then why not be my friend on that and send me a challenge? click here.
If you want to read my previous Slim Down Sunday posts - click here.
If you want to read my explanation of Slimming World - click here.
Posted by Karen Carter at 4:10 pm