As I hadn't been well last week I was keen to get my head back into it all and see if I could lose more this week than I did in my last weigh in.  I went food shopping and bought a load of different types of food in preparation as I'm constantly trying to find different meals so that I'm never bored.

As time goes on I am finding so many changes in my life it's unbelievable.  There used to be a little walk that my husband and I would do a couple of years ago.  It's not massively long but about a third of it is on an incline and when I got to that section of it I always struggled.  I would even have to stop a couple of times as my back was sore and the muscles in my thighs would be so tight that it was like I was virtually ceasing up.  After walking to my parents every day this past fortnight and various other places, I decided to see how far I'd come and try the walk I could never manage without stopping.  I was dubious but I did it without a struggle, I didn't shake to sit down at the end either and I was still breathing calm enough to hold a conversation, the difference is unreal! 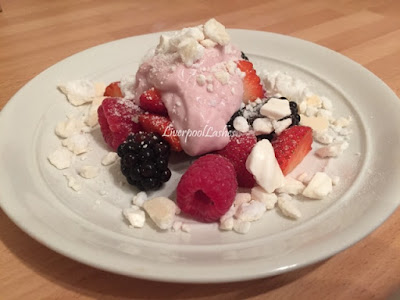 Since these Meringue Nests are only 50 calories I teamed it up with some strawberries, blackberries and raspberries and a blob of yogurt for a nice summer dessert.  I smashed the meringue nest over the top, in actual fact one nest did two desserts so it was only 25 calories on top of the berries and yogurt calories. 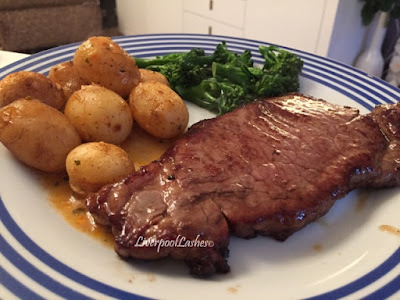 I've continued to make sure that I have vegetables with everything, typically broccoli.  This is a big step for me in itself because although it's not too difficult to throw it at the side of a meal, the truth be known I would rather not however I want this weight loss so badly that I will make sure I do include it. I'm still obsessed with crackers right now.  I do try to go for brands that are low in fat and salt where possible.  Laughing Cow have brought out a cheddar version which I've been liking and I tried their Emmental version too which is okay, all 25 calories.  I still feel more confident using things that are already in a portion where possible, I honestly think I'm not ready to be trusted to stick a knife in a big pot or something yet. 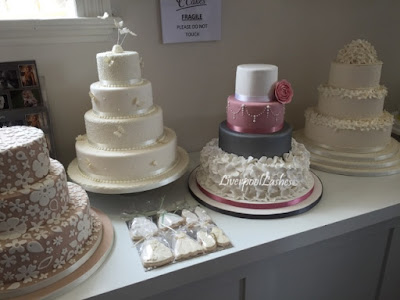 My beautiful friend Jade treated me to her local tearooms in Stockport on Friday.  I'm adamant that I will never be that annoying friend that won't go anywhere or do anything "because I'm on a diet."  I don't have cheat days like I know most people losing weight do so I know I can have meals out and just pick what I want on the odd occasion. 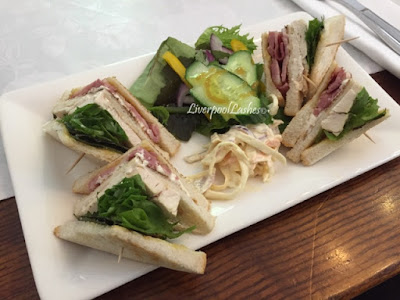 I have a few reasons why I don't have cheat days, first because if I did that on a regular occurrence like I used to it will just take me longer to reach my goal.  I don't want to be doing this for years and years,  I would rather go the harder route and get there.  Also, as I'm calorie counting I do have treats every single day and because I do, I don't feel that urge to go on a mad binge once a week or anything. 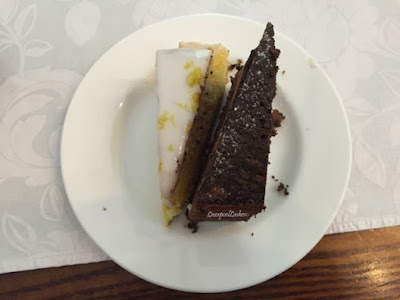 We actually split the cakes we ordered in half so we could try both of them!  It's odd but the fact that I tried two cakes made me feel like I'd had two full slices and for that reason I was really overthinking it later on that the calories would have been crazy for them but in reality, it's only the equivalent of one normal slice. 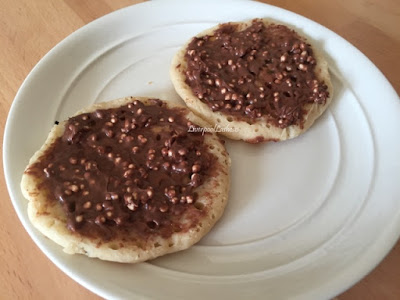 If you've ever been seriously overweight you'll know how different it feels having lost a decent amount.  My posture is good anyway but I feel better, I stand taller and I feel prouder.  There's certain odd little things that don't occur to me now, for example, my friend bought some scales whilst I was out with her and I carried them to the car without a bag around them.  Previously the old me would be conscious that people would look at me and think "woah look at that fat bird carrying scales!  Doesn't need them to work out she's huge!" or something like that.  If my husband and I had been to McDonalds I would even get him to carry my drink from the car as I didn't want anyone knowing I'd eaten it as I clearly should be opting for a salad.  I'm getting more and more proud of myself that I will happily carry those scales or whatever without a second thought.
So... The weigh in.  I have been scale hopping this week just to see where I've been up to.  I did know quite happily all week that I definitely had a weight loss this week.  It's odd but when I step on the scales I can actually feel I'm lighter and I don't really know why.  So in total this week I lost 3lb bring me to a total loss of 2 stone 3lbs (or 31lbs) in 11 weeks.  Of course I am pleased and honestly, I'm proud of myself as I go further and further down the scales.  This next week will hopefully bring me into the next stone bracket (I'm 2lbs away from it now) and I have a treat for myself from Jo Malone ready and waiting for that weigh in when I hit that goal.