I normally say that this week started off as usual but it really didn't.  Last Sunday I found out I was 3lbs away from 3 stone and I decided that I would do everything I could to try and get there for next Sunday.  Obviously I realise that 3lbs is a lot and is an amount I often lose at the moment, but not always so I had to brace myself on just missing out.  Of course I would be disappointed if that was the case but I know that I would definitely do it the following week. 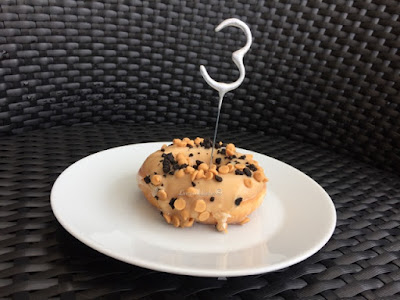 I try not to go mad on Sunday's.  I know many people who are losing weight tend to have a "cheat day" after their weigh in and to me, that day would just set me back for the rest of the week.  The truth is, I'd love to have a day where as I could just eat anything I wanted just like I used to but not now.  Don't get me wrong though, when I reach my target weight I will definitely be enjoying my meals again but maintaining a steady weight. 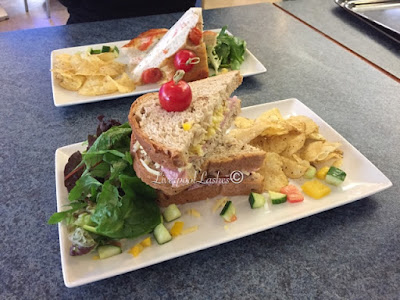 That aside, when a friend invites me out to lunch I will chose a decent option, I pick what I want and not the healthiest and then all I will do is work out what it would have been in calories afterwards and have a small meal for the other meal that day. 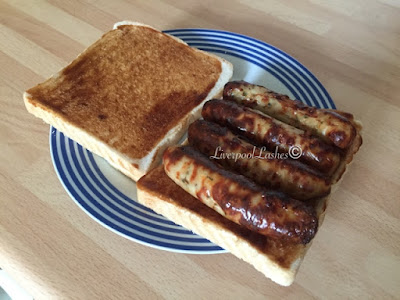 The cravings are really bad at the moment.  It only takes someone to talk about something and I'm thinking about it constantly.  My friend mentioned that she had bought her son a Toblerone and that was all I wanted then.  I then moved onto pizza, all I wanted was a good pizza... And then cheese on toast!  I finally factored some cheese on toast into my day just to shut myself up and stop thinking about it. 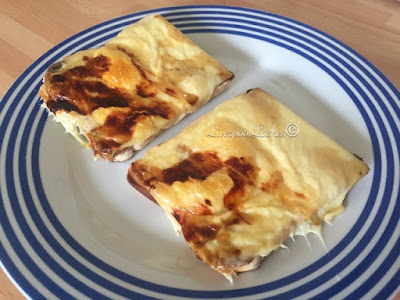 Fish fingers were my new thing for this week.  I've been thinking about them for a couple of months now, I'm not even kidding.  I totally blame Birdseye as they keep showing an advert where as the woman puts fish fingers in a wrap with salad, ahhhh the sheer thought of that is actually making my mouth water typing it. 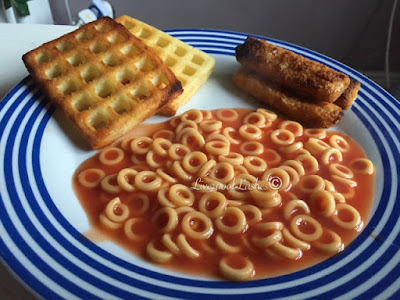 I'm fine with the cravings because I know that I am very much still in control of this weight loss.  I'm always harping on about losing 3 stone in 2011 but that was such a struggle at the end.  I would lose very little per week and be disheartened and it was almost coming to a grinding halt when I finally did hit the three stone mark.    My friend said to me on Thursday that I don't seem to have struggled.  I probably shouldn't tell you that as I'll jinx myself but the truth is, I haven't.  I'm not sure if its determination that I've never experienced before, the fact that last time I was following the Slimming World plan and I was driving myself mad repeating the same foods or that I finally seem to get the concept of weight loss but whatever it is, I'm happy.

I'm to the point now where as every client comments on my weight loss.  I don't expect people to be constantly complimenting me, as I say to everyone, it's my fault I got fat in the first place but it's nice that people can see what I've been feeling for these past few months.  Many say "I bet you feel great" and I really can't put it into works how great I actually feel.  I live near a little bridge and I remember a few years ago having to walk over it for some reason and going up to go over it was quite tiring.  Now I can do virtually power walk over it and for miles after it without my breathing even changing.

I am still a fat girl at heart, I remember my fat girl ways and the things I used to enjoy eating which are all pretty shocking.    I actually can't imagine going back to them though this time.  Every other time I would think "oooooo but I could go and have a sneaky one of those and no one would know" but the difference now is that I would know and that's enough. 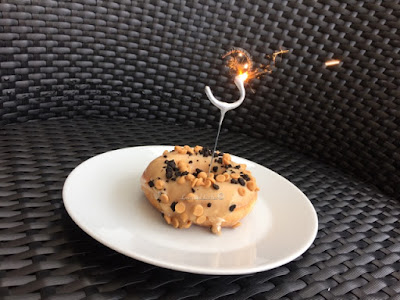 So the weigh in... Let's not waste any more time!  As you can see by the sparkler in my Krispy Kreme Reese's Donut, I hit spot on three stone with a loss of 3lbs.  I actually couldn't be more relieved that I actually hit this goal.  When I lit the sparkler I literally sat and thought of my achievement over these last 15 weeks for the three and a half seconds it was lit for(!)  I'm now at the exact point I gave up last time and I know that I'm not giving up this time, not a chance.  It's exciting as from now on, every new weight I am I haven't been here in at least 8 years and I literally cant believe it.  I suppose it does go to show what is possible when you truly focus your attention.
Why not come and be my friend on the My Fitness Pal app - search for 'liverpoollashes'
If you have a FitBit then why not be my friend on that and send me a challenge? click here.
If you want to read my previous Slim Down Sunday posts - click here.
If you want to read my explanation of Slimming World - click here.
If you want to read my explanation of calorie counting and basic weight loss methods - click here.