So today's post is going to be very different because I'm on holiday and no where near my scales so I feel like I'm really out of my comfort zone as I haven't had my usual weigh in today.  That aside, I have to share with you how my week has gone and then when I'm back I'll do a post with where I'm up to, weight wise. 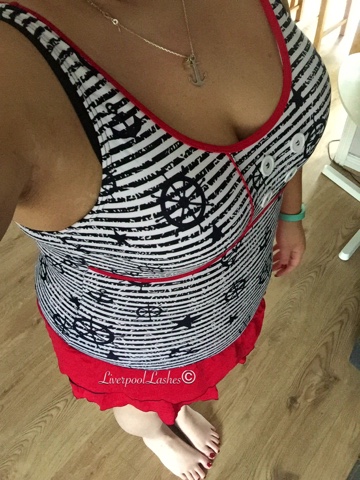 First things first I need to show you my swimming costume.  So let's put this out there, I've never been bothered about a bit of a dimply thigh, it's the way life goes and I'm still not but since losing a pretty hefty chunk of weight I'm left with some unhappy looking thighs.  I wanted to start using the pool at the gym but the thought of getting these thighs out for anyone to see makes me feel queasy, I hope in time that they sort themselves out with exercise.  I also virtually bathe in body oils to try and help.

Anyway, after worrying myself sick about getting into a skimpy cozzie, I could have cried when I found this super cute nautical one with a little ruffle skirt from EBay of all places!  It is a perfect fit so I'm chuffed with it and have brought it on holiday with me. 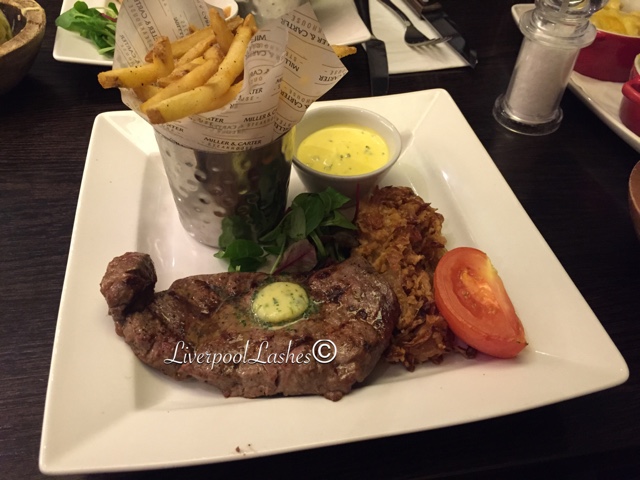 Last Sunday I m had the most amazing steak with a side of lobster mac and cheese which was absolutely gorgeous (and making me hungry again thinking about it!) Finally I went absolutely mad and had a dessert too which was a chocolate ganache. 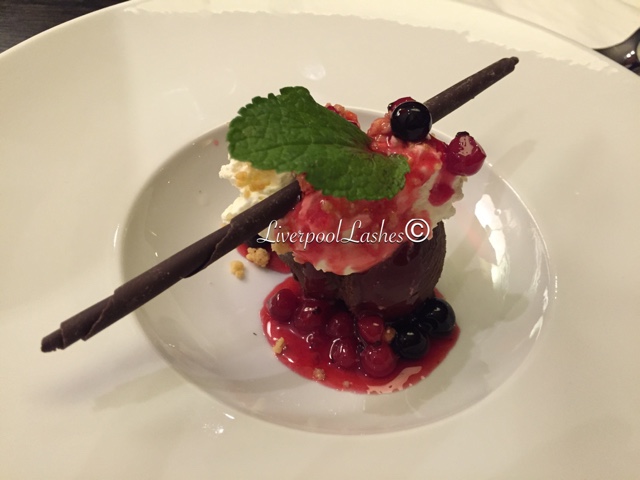 So onto the holiday so far.  We arrived on Thursday evening and in my head ive always assumed that I would be able to get by in an all inclusive hotel and stay under my calories.  The only concern I had was the days we were flying as I would literally be grabbing whatever I could get my hands on at the airport, etc, oh how wrong was I?!

The airport was a breeze as we bought food from Boots and I had brought a salad with me so I knew exactly what I had to eat all day, I finished the day almost smug that I had managed what I thought would be the worst part of food whilst away from home. 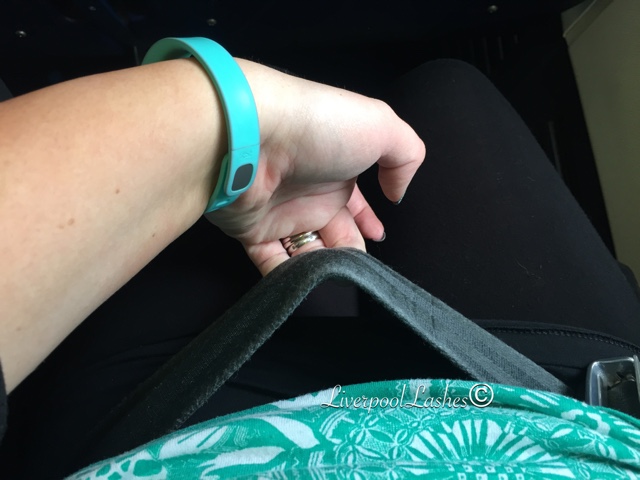 Something I was particularly excited about was getting on the plane be azure embarrassingly, the plane seat belts were to the point where as they weren't fitting me.  I could just about, with my husbands help, clip it shut but that meant almost cutting off my circulation and I'm not even joking about it but I refused to ask for an extension.  Of course this time I knew I would be able to clip the belt no problems so that was a lovely experience. 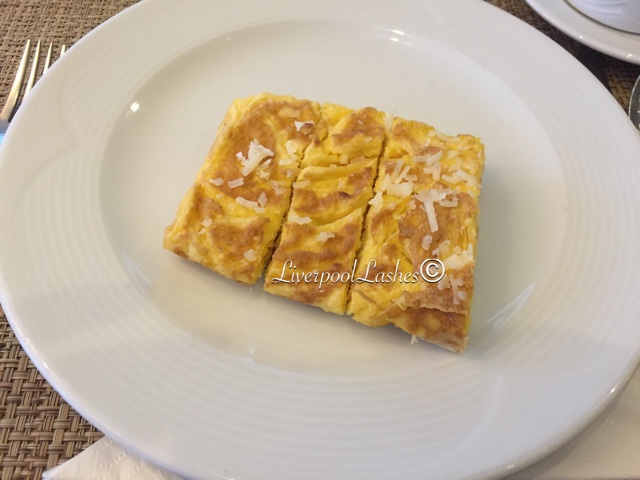 I was confident that each morning there would be a selection of fresh fruit and I could just take from that and have a super low calorie meal to save my calories for later on.  Well I came down Friday morning and they did have fruit, watermelon (I only like honeydew) and grapefruit (not even going there!) I was disappointed to say the least!  I opted for the best option I could find which was an omelette.  It was only talking to my calorie counting friend that it dawned on me that they'd probably cooked it in oil so that threw me as I don't know what's in it although it was tasty. 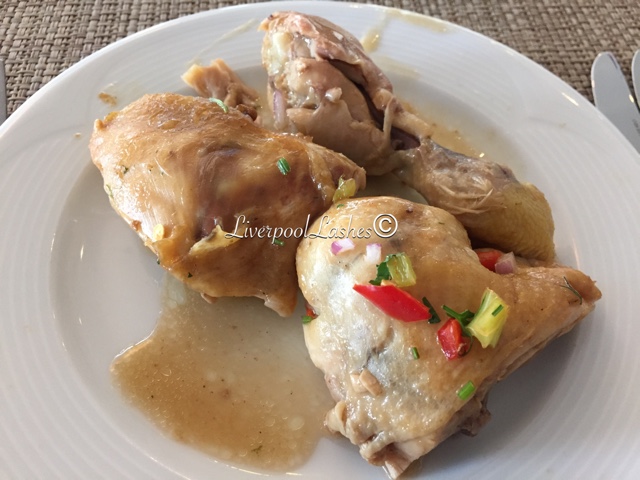 I had high hopes for lunchtime, in my mind I would have been willing to have a plate of vegetables or fruit if the selection was better.  If all else fails I figured that most places do pasta with a separate tomato based sauce but of course I was on a losing streak and there I was nothing of the sort there.  In the end I opted for chicken on the bone, removing the skin which was fine and I hoped for a better choice for the evening meal. 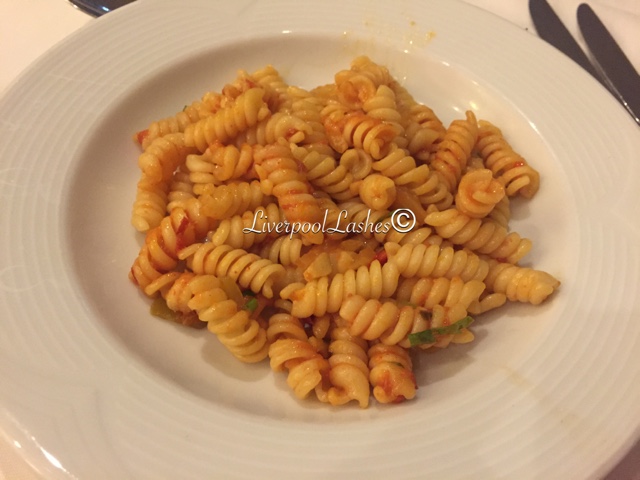 Dinnertime and I almost piddled when I saw pasta which looked like it had minimal sauce on it, "now we're talking" I thought, "finally something I can work with."  There must have been less than a tablespoon of sauce with the pasta but it wasn't dry and oddly spicy but beggars and choosers and all that! 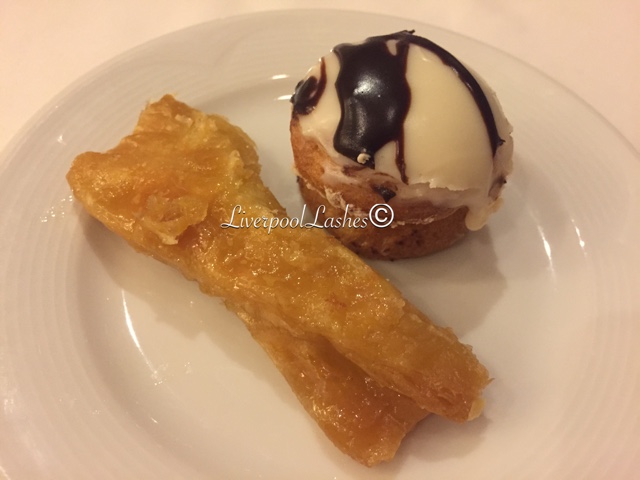 I did decide to go mad and go for a dessert which was a little profiterole looking thing and pastry of some sort.  I know I shouldn't have but I did as I had been so good!  I had even been to the hotel gym and did some time on the exercise bike so I justified it!

I just want to add at this point that despite their huge selection of cocktails and drinks, the only two low calorie drinks that I can have are water or diet Coke.  I could have a cheeky cocktail but I really need to save every calorie I have for the hidden calories in the food i'm eating. 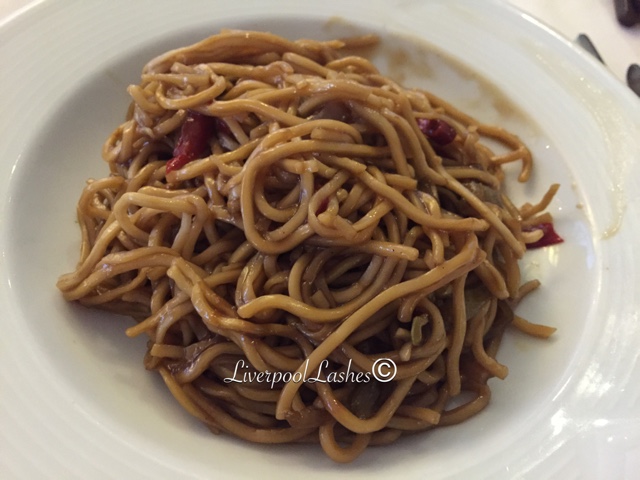 Day two breakfast was virtually exactly the same as day one, the same fruit so I opted for an omelette again.

Lunchtime came and once again there was no plain pasta, there was some sort of sliced potato dish that was super oily looking and vegetable dish in a simular fashion.  I didn't want to repeat my entire day again but I spied the chicken and figured that I could cope with it one more time.  I didn't even take a photo of it though as it looked pretty grim!

For dinner on day two I went for egg noodles in some sort of a stir fry sauce which was delicious.  I did also chose two small desserts which once again, I shouldn't have but they were amazing. 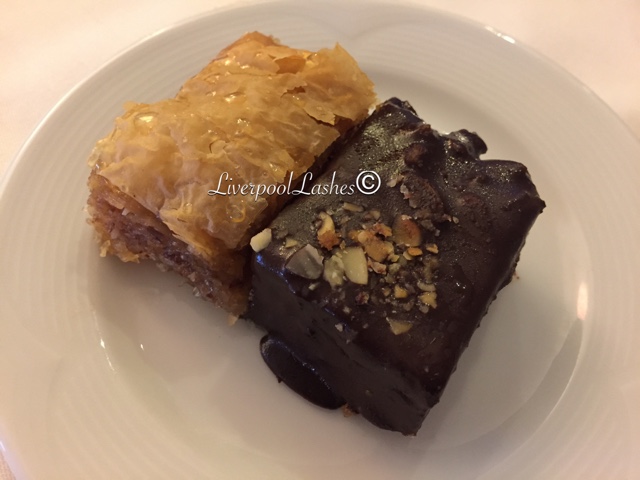 So far, I have to say I'm struggling.  I refuse to put on weight from this holiday, I totally acknowledge that almost everyone puts on weight after a holiday and now that I see food in a different light it's easy to see why but, I don't want to have to take a step backwards in my weight loss.  I also don't want to get home and maintained, I wanted to lose.  So far I've lost every single week apart from two weeks ago after the Lake District where as I maintained.

It's hard to know how much to divulge in these posts, I do say my honest thoughts.  I don't want anyone to think that I don't know when to chill a little with this all.  The way I see things is I've had over ten years of eating anything and everything that I've wanted which led to be being very unhappy and under confident.  2015 has brought me a year of change where as I can finally become who I thought I was.  Any delays in my weight loss just mean that I have longer in a body I'm not happy in, why would anyone want that?

I thought I would handle having all of this food around me and not be tempted, just like I am at home but I think the thing here is that I get curious to try a little bit of things.  My biggest problem more so is the fact I don't know what's in a certain dish or how it was cooked.  How can I possibly work out if I can afford the calories if I don't even know what's in it?! I don't need to know the exact amount or anything but a rough guide, for my own sanity, is a must as it turns out.

I won't always have this strict way of thinking, of course.  When I reach my goal weight (which will be a total loss of 7 stone 5lbs) then I plan to just weigh once a week or fortnight and try to be sensible.

Anyway, that's all for this week as I haven't got a weigh in to finish with.  I am having little treats as it is holiday but I do feel like I'm doing this completely blind.  That aside I will get through this and look forward to hopefully hitting my five stone goal within the next six weeks!
Why not come and be my friend on the My Fitness Pal app - search for 'liverpoollashes'
If you have a FitBit then why not be my friend on that and send me a challenge? click here.