I thought I'd written one of these at the end of every year since I started my blog but when I've looked back at last year's I didn't due to the new CND collection that was launched at New Year which has obviously totally thrown me off.    Anyway, I wanted to put this post together as a reflection of my year since it's the last day of it.  To be honest, I hear people say far too often that this year has been terrible and that they can't wait for it to be over.  As humans we often only remember the lows in life and never acknowledge all of the amazing highs as well so I see this as a good day to reflect. 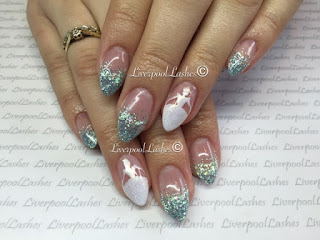 2015 for me has been the best year of my life so far, it's as simple as that.  So many amazing things happened that I won't be able to include them all.  That doesn't mean I didn't have low points, times that I've cried or even days that I've been utterly miserable.  In general though it's been a life changing year.

I'll start off right back at the start of the year where on the 15th January, my brother, his wife and baby emigrated to Australia.  I can't say I'm particularly close to my oldest brother, he has his life and I have mine but I knew that it would break my parents' heart's, particularly as my nephew wasn't even two years old at this point.  When they left it created a huge hole in our lives as virtually half of my pretty small family were no longer in our day to day lives really.

January was also the month that my husband turned 30 so as he's a total plane geek, I paid for him to fly a 767 flight simulator which was fantastic, my family and friends got to sit in the "cabin" whilst he and a trained pilot flew the plane.  It was there that an  important photo was taken, it one of the first times I actually knew how fat I'd gotten.

I turned 30 myself in March.  This was a number I had been dreading as I was no longer "in my twenties."  Well many had said to me that being in their thirties they felt like they finally knew who they were and were more comfortable with themselves and pretty much as soon as I turned thirty I started to feel that way.  I don't actually care how old I am now, I'm often told I look younger than 30 and that will do! 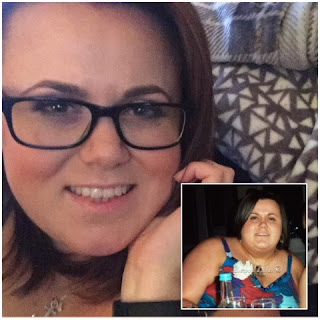 Of course the biggest change in my life is losing five stone (70lbs) in the past seven months, I literally cannot believe I did it.  I still have more to lose but the difference it's made to my life is unbelievable.  I know I have never actually said what it was that changed in my mind but to keep it brief, I wanted to change the LiverpoolLashes logo - you know - the half a face photo - so I had some professional photos taken and they broke my heart.

I can't even describe how many different ways that being overweight effected me. I felt constantly beneath everyone, never an equal.  I regret all the times I missed opportunities and turned things down because I knew I would feel out of place. It's so strange to go from a size 24 to a 16 and feel like everyone else again.  It's been so long since I've been a more average size that I don't think I ever thought I would be here in my wildest dreams.  I think when you're as overweight as I was just sort of tell yourself that this is you for life when it doesn't have to be.  Although I said I regret the missed opportunities though, I'm making up for it now.  If an invite or offer comes my way and I want to do it I instantly say yes, even if a little part of my has that old self doubt inside.

By writing my Slim Down Sunday posts each week it helped me open up and has helped me heal an addiction to food, slowly by surely.  I still have problems with food but it kept me focused for my own weight loss with a bonus to hopefully help inspire others to join me. 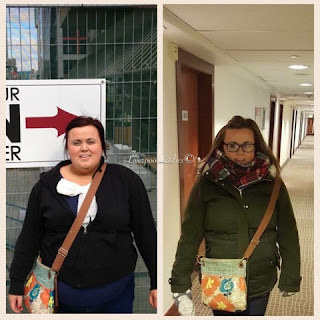 Unfortunately I have had some sadness which I totally believe was down to my weight loss.  I had always read that others who had had dramatic weight losses have lost friends over it.  I could never really understand how that would be until it happened to me with an amazing friend.  I acknowledge I'm so much more confident, I have changed in my approach to many things but the person inside is still the same and I don't think she could see that.  There's a quote that I love which is so true for your relationship with others:
"People come into your life for a season, a reason or a lifetime'

In time I hope the scars between her and I can heal and that she sees that it's only the exterior and my confidence that have changed but, if this doesn't happen then I know that it wasn't meant to be. 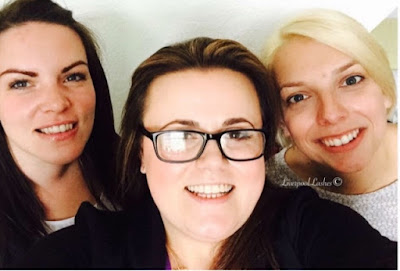 As they say though, as one door closes another opens and this was definitely true for JP and Jade this year as both friendships blossomed.  This two ladies deserve a blog post of their own but they have listened to every bit of mind numbingly boring weight loss chat without so much as a complaint.  Also I had more friends enter my life, Alex and Ana who have been an amazing support to me.
Apart from the weight loss, obviously, the biggest personal achievement was to actually accept who I am and what I look like.  If you've followed me for a while you'll know that before 2015 I had never even posted a photo of myself online, never mind a video.  I finally decided that I wanted for people to know me, I wanted to knock down that barrier that I put up, so I posted a photo of myself in a blog post I wrote especially called 'This Is Me' (click here)
On Christmas Eve I even posted a short video of myself to wish everyone a happy Christmas and New Year on my Facebook Page.  The moment I posted that, although I felt silly I knew that I had accomplished everything I could possibly accomplish in 2015. 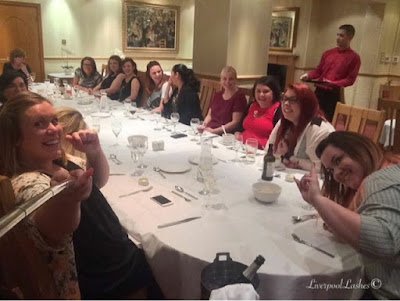 Another fantastic highlight was meeting 18 of my followers and going on an overnight spa break with them.  It was amazing to meet and spend time with them and I would for 2016 to be to meet more of you.

Professionally I've had a fantastic year, 'LiverpoolLashes' turned five in April and my audience has grown by the thousands.

I plan to top 2015 by having another amazing year.  Its really exciting for me as I get to enjoy a whole year with my new attitude and thoroughly intend to say yes to as many opportunities as I can.  I also plan on losing the final two stone (28lbs) in the first quarter of the year but after that I would love to be involved in helping others lose weight, if anyone knows the struggles then it's me.
I wanted to do this post today to remind everyone that anything is possible when you believe.  I'm not anything special, I'm a regular woman who dared to dream big and aim high.  I want to include this video as I think it's a fantastic explanation of life and was thought provoking for me when I first watched it.
I never know how far to go with these posts and I'm probably going to get a little deep here but if this year genuinely hasn't been amazing, perhaps you've been going through a hard time, you need to know that it work out in the end, it always does.  Make changes where possible to ensure 2016 is better and the rest will fix itself.
Happy new year everyone!
Love Karen xx
Posted by Karen Carter at 3:25 pm