This week was the week of chicken, lettuce, vegetables and determination.  I can feel when I'm not 100% focused on my weight loss and I hate it, I hate that I'm weaker and I hate that I could race into the kitchen and binge eat.  When I do binge eat I'm sure it's disgusting to watch, like an animal scavenging for anything it can get it's paws on.  I'm not even trying to make it into a joke.  I'd be mortified if anyone saw me but here's the thing, most of us that do this always wait to be alone so no one ever saw it. 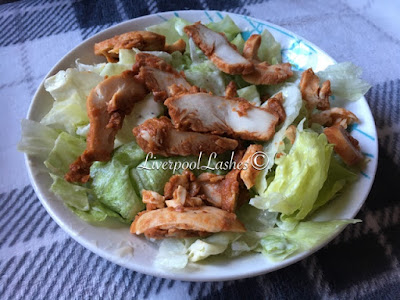 So last week was the week that I felt somewhere between the old me - the binge eater - and the new me who knows exactly what her body needs and treats it well.  Since I had had the taste of all of that party food I always worry that I'll return to that addiction.  Of course worrying is just a waste of time and never productive but you hear so many people who get half way to their goal, fall off the wagon and never get back on.  In my heart I knew that that would never happen this time, don't ask me why.

I don't think I've said this before and I may come across a little mad but, I always knew this was going to happen.  I've tried to tell my husband and mum but I actually knew that I was going to lose all of my weight in a short space of time and very publically, I just never knew when or how.  I also always knew that once I had done it I would go on to help others as I truly understand it, I always thought that this would be by becoming a Slimming World consultant or something but I feel like now it will be more to do with online support. Something clicked in my head last May, I don't know what it was and I don't know how it happened but I knew that this was that time I always knew was coming.  I actually wish I could bottle that "click" for others that have a lot of weight to lose.  I'd say "I'd make a fortune" but the truth is I would give it for free for those who were crippled with their food addiction like I was and release them from it. 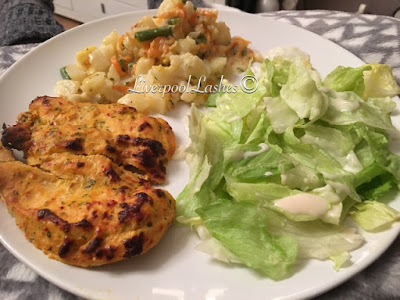 It breaks my heart knowing that there are so many that suffer from this and they're just labelled as greedy.  I can see why it can be perceived this way but to me it's like a beautiful ship being taken over by dirty pirates when I binge.  I'm completely overtaken with this urge that I must eat whatever I see.  I suppose some may think it's like when you sit down with a party sized bag of crisps and before you know it, you've finished the bag. For me it was like those TV programmes that they eat as many of a certain item like hot dogs or watermelons in a minute, that's how disgusting it was.  I can't settle until it's eaten either.  When I'm in that phase I could potentially put something down and sit in my chair but then it's like I've been taken over and before I know it my legs are taking me back into the kitchen to polish whatever it was, off.  That might sound so bizarre to some of you but it is an addiction, I'm an addict.  You can be addicted to anything and for me it was food.

Many people have told me that as my weight gets lower the weight loss will slow down.  I have no doubt to the very end that that will happen but I do believe that it's more likely because you're buzzing from doing so well that you get a little complacent.  It was Tuesday this week that the penny dropped and I knew instantly that I was back in the weight loss zone.  I'm now ready to smash this last part of my slimming journey and you have no idea how incredible that feels.


When I tell people that I've lost 5 stone in seven months everyone says the same thing, "you must feel amazing!" and I really do.  I stand up and I feel really lean, I don't look it but I suppose compared to the body I used to have then it's a huge change.  Many mornings I wake up and look at myself side on in the bathroom mirror because I can't believe how small my frame is compared to what it was.  I think I do this almost to double check I didn't dream it because it honestly feels like I could have. 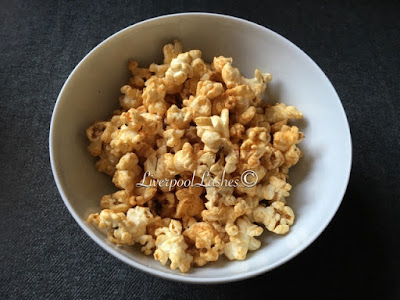 Despite me raving about the scales that I bought at the start of all of this, it appears that they've started to go faulty so I took them back to Argos and they exchanged them yesterday, no questions asked (shoutout to the Speke, Liverpool Argos as their customer service is actually ace!) Anyway the only thing is the new ones seem to be a pound difference, not in my favour which is disappointing.
Something I've not mentioned before it excess skin.  When I started this I would say to my friends that I was worried about excess skin as I was so extremely overweight.  One in particular would say to me "Karen you've got two choices, be as you are now or go for it, lose the weight and see what happens at the end."  If you've never had a weight problem you may be inclined to think "well you should just be happy with being thinner and it's tough about the skin" but what you may not understand is you've worked so hard that it's heartbreaking to think that you now can't be like everyone else without surgery.  Anyway, obviously I have exactly 33lbs to my goal so I'm starting to have an idea what my situation will be.  Firstly, surgery petrifies me so I will avoid it at all costs.  My arms have a small bat wing but that's fine, I'm not that bothered.  My stomach has a little overhang, that was initially my biggest concern but I think that will end up just a bit lose and fine in clothes.  My current biggest problem is the tops of my thighs oddly enough.  I never thought it would be because when I was 19 stone 5lbs I would have said my stomach was more of the issue than my thighs, I never even considered they could be my biggest concern.  I'm hoping that in time that the skin shrinks a little and I have definitely seen massive improvements.  I'm not particularly vain about my body but at the moment I couldn't allow anyone to see them in a swimming costume without some sort of a skirt, that's not being dramatic trust me, the skin literally gathers but what can I expect with a 70lb weight loss?!  I hope in time they will improve on their own with the exercise. 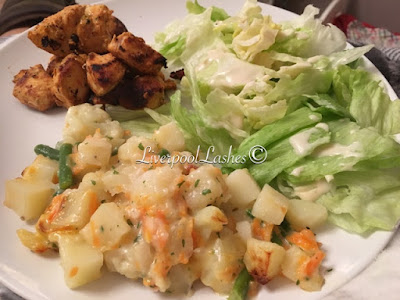 Anyway, this weeks weigh in.  So if you remember I said I had my Christmas/New Year gain to get shut of which was actually 7lbs.  From New Year's Day to last Sunday I had lost half of that so this weeks focus was to get rid of the rest of it and any "fresh flab" as I like to call it would have been a bonus.  Well I'm pleased to say that I am now free of that 7lbs gain, it's all gone so I'm officially back to my lowest weight yet, 14 stone 5lbs.  Obviously I have a way to go but I'm so delighted to be back here and ready to see the 13s in a few weeks time.  It's so lovely to think that every loss now is going to be a new lowest weight for me again, eek!
I genuinely hope you've enjoyed today's post as this one in particular has been completely open and honest with where I am up to.  It's not easy to talk about it but I know I'm not alone in this.  I am overcoming so much that perhaps I can help you overcome it too.
Why not come and be my friend on the My Fitness Pal app - search for 'liverpoollashes'
If you have a FitBit then why not be my friend on that and send me a challenge? click here.
If you want to read my previous Slim Down Sunday posts - click here.
If you want to read my explanation of Slimming World - click here.
If you want to read my explanation of calorie counting and basic weight loss methods - click here.
Posted by Karen Carter at 10:18 am