This week I had a master plan which I didn't know was going to work but I had nothing to lose.  That plan was for someone else to keep the scales with them so that I couldn't hop on and off them.  I appreciate that this is hardly a genius idea but I wanted to see if it actually made any difference to my weight loss after last week's disappointment.  After my weigh in last week then were shunned away into the boot of a car until further notice. 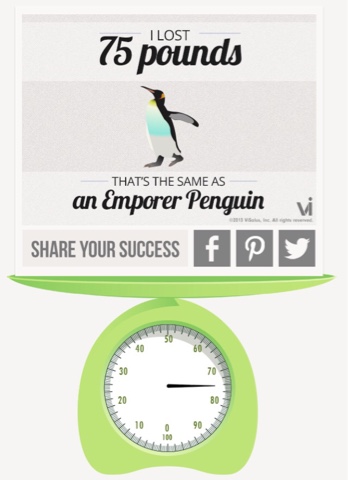 The week started well as it always does, I actually think that not having the scales to look back on took some of the pressure off, I don't know how.  I suppose I knew that if like last week it went down midweek and then went back up a little, I would be blissfully unaware.


All week I have felt a little dubious because I didn't know where I was up to but I put it to the back of my mind telling myself 'whatever happens, happens.'  I actually think that doing this meant I actually almost forgot that I was trying to lose weight! 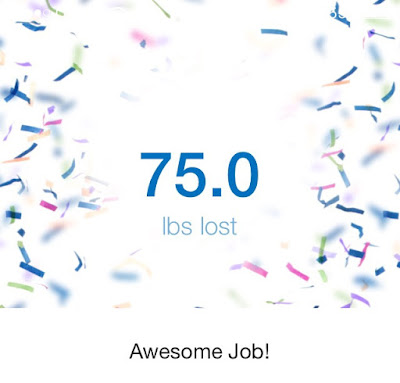 I don't always talk about the gym but I am still going every weekday morning.  As I mentioned in one of my first weight loss posts, I do have twisted hips which is generally only a problem when I get tired my legs tend to turn inwards a little and I can fall.  Unfortunately this week and last seem to have been a little bit too much as my hips have been aching.  I do try and push myself at the gym but obviously I have to be careful.  When I think that I suppose I am a 'gym bunny' I do think its funny because this time last year I literally would only get up off the sofa when I absolutely had to.  I do still have a feeling of self consciousness when I walk into the actual gym all of the buff men and toned ladies but I tell myself that that is the reason I'm there.
I still don't buy too many clothes as at this point, I'm probably going to go down another dress size fully before I reach close to my target.  I will buy things like t shirts that wont really matter if they're a size bigger but definitely nothing too fitted or too expensive.  Excitedly towards the end of the week I noticed that the jeggings I've been wearing are starting to get lose around the legs on me so I then slipped into a size 14 pair that I had bought ready and waiting which felt fantastic (don't forget I used to be a UK size 24/26!)
So naturally as I haven't weighed this week until the weekend, I felt like I was going into my weigh in completely blind.  In my mind I had said to myself 'well lets say I've lost a pound, better than nothing' but I secretly hoped for more, of course!  I couldn't have been more delighted to find out that I had lost 4lbs this week bringing my total lost to five stone 5lbs (or 75lbs) in 37 weeks.  I definitely think that this huge loss was some of the loss I should have had last week but either way, it's fantastic and I'm delighted with it.  Even better, I am literally 14 stone now so next week I will be in the 13s!  Eeeeeek!
Why not come and be my friend on the My Fitness Pal app - search for 'liverpoollashes'
If you have a FitBit then why not be my friend on that and send me a challenge? click here.
If you want to read my previous Slim Down Sunday posts - click here.
If you want to read my explanation of Slimming World - click here.
If you want to read my explanation of calorie counting and basic weight loss methods - click here.
Posted by Karen Carter at 11:22 pm